Steve Soukup is the Vice President and Publisher of The Political Forum, an “independent research provider” that delivers research and consulting services to the institutional investment community, with an emphasis on economic, social, political, and geopolitical events that are likely to have an impact on the financial markets in the United States and abroad.

Mr. Soukup has followed politics and federal regulatory policy for the financial community since coming to Washington in 1996, when he joined Mark Melcher at the award-winning Washington-research office of Prudential Securities. While at Prudential, he was part of the Washington team that placed first in Institutional Investor magazine’s annual analyst survey for eight years in a row. Mr. Soukup left Prudential with Mr. Melcher to join Lehman Brothers in the fall of 2000 and stayed there for two years, before leaving early in 2003 to become a partner at The Political Forum.

While at Lehman, Mr. Soukup authored macro-political commentary and followed policy developments in the Natural Resources sector group, focusing on agriculture and energy policy. He also headed Lehman’s industry-leading analysis of asbestos litigation reform efforts. At The Political Forum, Mr. Soukup was initially the editor and junior partner, but is now the senior commentator and publisher. He holds a M.A. in American Government and Public Administration/Public Policy and a professional certification in policy analysis and program evaluation.

Steve is also the Fellow in Culture and Economy at the Culture of Life Foundation (www.culture-of-life.org). 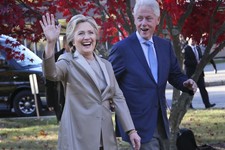