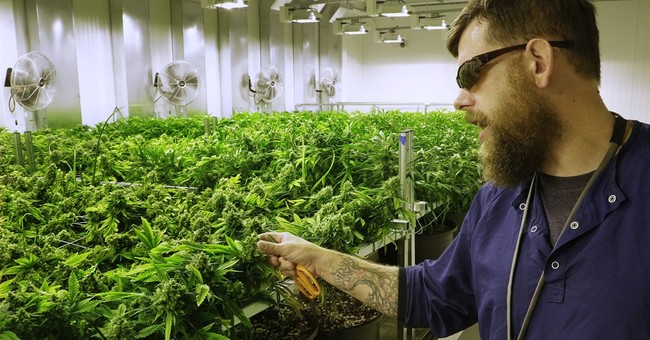 California is in the midst of an ecological disaster! Under the guise of producing “medical marijuana” huge pot plantations are completely dewatering streams and causing irreparable harm to some of the most precious ecosystems on earth.

America has spent over 40 years and $1 trillion to interdict and stop the flow of illicit drugs into the US. Now, California has a $32 billion marijuana industry illegally supplying 60% of the marijuana to the entire US market while our government(s) stands idly by. California is the nation’s cartel.

Recent studies by California Fish and Wildlife, and Department of Water Resources, show marijuana’s devastation in just four watersheds in Humboldt and Mendocino Counties. These biologically distinct regions ranked as “globally outstanding” are now considered “Endangered” with a ranking of “Critical.”

Marijuana consumes an average of 6 gallons of water per plant per day. Naturally, they need more water during the summer dry months, whereas 90 to 95% of California rainfall occurs in the winter months. So at a time when stream flows are at their lowest, particularly during the drought, the enormous influx of pot cultivators are diverting water, which in many cases exceeds 100% of the capacity of the streams. The result is an ecological disaster for everything down stream, including amphibian species, reptiles, birds, mammals and aquatic species. Many of these are already sensitive and declining.

Global warming and less stream flow has a particularly devastating effect on salmon and steelhead trout, which require clean, cold water and sustainable flow regimes. Water diversions and diminished in-stream flows due to marijuana grows have had a significant impact on Coho salmon. The study concludes that if present population trends continue, 25 (78%) of California’s 32 native salmonid will likely become extinct within the next century.

“Flow modification is one of the greatest threats to aquatic biodiversity, but in the study areas it is also a threat to human water security.” “…..streams in the study watersheds simply cannot supply enough water to meet current demands for marijuana cultivation, other human needs and the needs of fish and wildlife.”

Aside from diverting water, the plantations use pesticides, fertilizers, fungicides and rodenticides that contaminant the earth and water tables, and kill all that come in contact. As the poisons kill deer, bear and rodents, they also kill all that feed on the remains.

California hypocritically collects between $58 and $103 million taxing marijuana because “it isn’t medicine,” yet all the “medical marijuana” business because it is. With no enforcement at the state or Federal level, the burden of public health, safety and environmental protection has fallen primarily on local government and private citizens. From an economic standpoint, it is a disaster as well. As with alcohol and tobacco, every $1 in taxes equates to $9 in social costs. Marijuana is no different, and in many ways worse. In 1995, according to a CASA Study

Clearly, these marijuana grows violate the intent of California’s Prop 215. Even though it was a ruse, the intent was to provide “medicine” for the chronically ill. In reality, the vast majority of the “patients” just want to get high. Anyone 18 or over can get a pot doctor’s recommendation for as little as $20, then buy all the pot they want for a year. The good news is not everyone suffers from the adverse effects. The bad news is, about 30% do, with brain damage, loss of IQ, mental illness, psychotic breaks leading to heinous acts of violence and suicide, addiction, traffic deaths, crime, et al. In Sacramento, 59% of arrestees test positive for marijuana. The vast majority of the 122 Americans who die every day of overdose started their journey with pot …. 90% of those who go on to use hard drugs started with marijuana before 18 years of age.

The voters who were duped into believing Prop 215 was about compassion for the chronically ill could never have dreamed of the devastating consequences that would follow. How much more are we willing to sacrifice to accommodate the 8% of people who consume cannabis, or profit off those who do? Isn’t it time the state and federal government did its job to protect people and the planet?