Furor About Plan for Illegal Kids 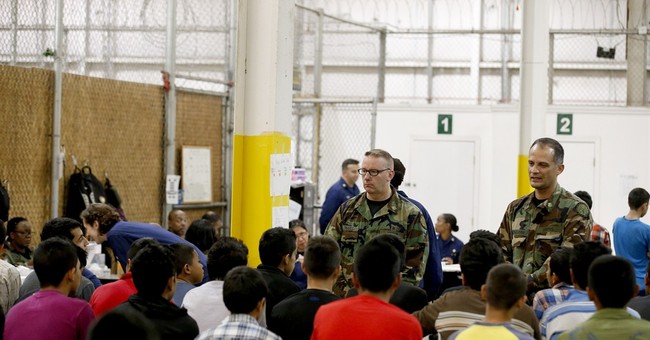 Trending
Obama administration officials trekked out to a tiny rural community in southern Virginia to teach the local yokels a thing about immigration policy. Yet the lessons learned were not by the local farmers but by the bureaucrats who got more than an earful in protests against placing illegal aliens in their small town of Lawrenceville.

Lawrenceville has only about 1,400 residents, and the town hall was held on June 19 in a spacious auditorium that seats 900. But even that large facility was not big enough to hold the outrage, as more than 1,000 angry people -- nearly everyone in the town -- showed up to express opposition to the Obama administration plan to relocate illegal immigrant children there.

The Obama administration thought it could quietly house 500 children, who had illegally crossed our border with Mexico, in a vacant college that had recently closed in this small town, but the politicians badly misread the depth of public opposition. Numerous federal officials were then sent by the Obama administration to appease the locals, but in the face of the uproar the officials felt compelled to apologize, one after another, for what they had done.

Residents expressed concern about public safety and a possible increase in crime if so many kids were bought into the community without parental supervision. "The No. 1 concern we have is the potential for shenanigans and the potential for crime," observed townsman Derek Lewis at a local pizza parlor.

Brunswick County Sheriff Brian Roberts was also candid, describing "fear" among locals about the way the government was handling this, adding that "500 kids unaccounted for -- illegal alien children in my little sleepy town -- I just don't think it's the right fit for this community."

Another harebrained response by the Obama administration to the massive influx of illegal immigrant kids, roughly 100,000 in this year alone, is to promise to send more money to the Central American nations that are dumping their kids on us. President Barack Obama wants to send $161.5 million to the so-called Central American Regional Security Initiative and nearly $100 million to El Salvador, Guatemala and Honduras -- payments that will be additional incentives for them to permit more kids to show up at our southern border.

Instead of the United States rewarding nations for demanding that we provide free day care and medical care for their kids, shouldn't we instead be sending those countries a big bill for the cost of return bus tickets to transport the kids back?

Only one person amid the numerous presidential hopefuls seems to be getting the message. That candidate is, lo and behold, Hillary Clinton, who is seizing the day and outflanking Republicans on this issue by being the first to call for a return of the tens of thousands of children back to their homes in Central America. The only other prominent leader to call for sending them back to where they came from is -- surprise, surprise -- Sen. John McCain, R-Arizona.

The anemic reaction by Republican Party leadership is almost as pathetic as the swarming of children across our southern border. Euphemistically called unaccompanied children rather than illegal aliens, they are overwhelming Homeland Security and turning border patrol agents into nannies with diaper-changing responsibilities.

Back in Lawrenceville, the Obama administration officials promised that the 500 young illegal aliens would not be dumped on the small community without their approval. Really? Thousands of other young illegal aliens have already been relocated to Arizona and Oklahoma, despite criticisms by their governors.

Nobody seems to know who or where the parents of these children are, but we do know what the cause of the surge in illegal border crossings is. Promises of so-called immigration reform, with its allure of amnesty, inevitably bring more illegals wanting more of the same.

The tens of thousands of kids surging across our southern border are not unaccompanied; they may be carrying staph infections, chickenpox and scabies, which is a highly contagious skin disease that causes massive itching due to burrowing mites, plus diseases that the U.S. eradicated in our country years ago, such as tuberculosis, Chagas disease, dengue fever, hepatitis, malaria and measles.