Married with four children, Lee S. Wishing, III is the administrative director of The Center for Vision & Values at Grove City College and is president of the Grove City Christian Academy Board of Directors.

Wishing grew up in the Snow Belt area of western New York State and went on to college at Grove City College, where he graduated in 1983 with a degree in business administration. He also holds a Master's degree in organizational leadership from Geneva College.

In 2004, he helped to lay the foundation for Grove City College's think tank, The Center for Vision & Values, and became the Center's administrative director in 2005. The Center's tag line is "Advancing Freedom with Christian Scholarship." The Center oversees nine research working groups comprised of faculty and kindred scholars. The working groups conduct research seeking to discover truths from the perspective of Christian scholarship to address today’s leading religious, political, economic and social issues.

Wishing has also been active in civic and political organizations. He has been president of two chambers of commerce, a tourist promotion agency and is currently the president of the Christian school Grove City Christian Academy. He also serves on the boards of the Mercer County Behavioral Health Commission ($21 million budget) and The Shenango Valley Urban League. Wishing ran for Mercer County (PA) commissioner in 1999 and lost in the primary by .9% to the incumbent Republican commissioner and the Mercer County Republican Party chairman. He served on the executive committee of Crawford County (PA) Republican Party and was Crawford County coordinator for U.S. Congressman Phil English's first primary campaign in 1994. He also served as Mercer County's co-social conservative outreach director for Bush-Cheney 2004, and he is a precinct committeeman for the Mercer County Republican Party.

A member of the Grove City College varsity soccer team during his college days, Wishing has coached numerous youth soccer teams. He and his wife, Dede, are members of the Orthodox Presbyterian Church in Grove City. They have four children — Lee, Sarah, Mary and John. 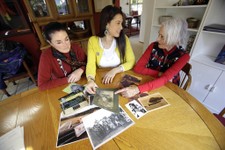