John Shadegg has represented Arizona's Third Congressional District since 1994. He has established a reputation in Congress as a leading advocate for reduced government spending, federal tax relief, and the re-establishment of state and individual rights.

Shadegg gained a national profile when he ran for House Majority Leader to fill the vacancy created by Tom DeLay’s resignation. Shadegg was widely credited with changing the dynamic of the debate and ultimately the outcome. Following John Boehner’s election as Majority Leader, Robert Novak wrote: “It is clear that [Roy] Blunt would have been routinely elected as majority leader had Shadegg not entered the race.” During the race, Shadegg received the endorsement of newspapers, magazines, and blogs from across the country, including the Arizona Republic, The San Diego Union Tribune, The Rocky Mountain News, The Indianapolis Star, The Mobile Register, National Review, Human Events, and Townhall.com.

From 2000 to 2002, Shadegg was chairman of the Republican Study Committee (RSC), the largest conservative organization in the House of Representatives. Under Shadegg's leadership, the organization grew from 40 to more than 70 members, and became the most influential and respected force in the U.S. House shaping conservative policy for the country.

He has introduced several bills to address the problem of the uninsured, lessen the bureaucracy of Medicare, give patients the right to hold HMOs accountable and strengthen the doctor/patient relationship.

On energy policy, Shadegg has been a key player in shaping the comprehensive national energy legislation, which was enacted into law on August 8, 2005. He has also actively supported the advancement of hydroelectric power - the cleanest, non-polluting renewable resource available. His efforts to promote hydroelectricity have spilled over into his fight to save and preserve Lake Powell. Radical environmental groups have called for Lake Powell to be drained, which would have devastating economic and environmental consequences throughout the Southwest. Shadegg helped form the Friends of Lake Powell to fight efforts to drain the lake.

As a subcommittee chairman on the Homeland Security Committee in the 108th Congress, Shadegg led an investigation into how state and local homeland security grants are dispersed, advocated a threat-based system for allocating federal money for first responders, and worked to address the issue of bio-terrorism through the “Project Bioshield” legislation, which was signed into law by President Bush on July 21, 2004.

John Shadegg remains committed to his fights for fiscal responsibility in government, access to quality and affordable health care, and balanced energy and environmental policies. He will also continue his efforts to draft and pass wildfire prevention legislation that will help protect the Arizona's forests and rural communities from the type of fires that devastated our state last year. 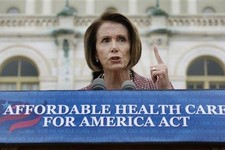 How Will Obamacare Affect the Average American?
By John Shadegg
So Nancy Pelosi and President Obama are adamant that Congress pass their health care bill. They’ve dismissed the August ...
November 03, 2009

No Terrorists in Our Backyard
By John Shadegg
The clock is ticking on President Obama. ...
May 07, 2009 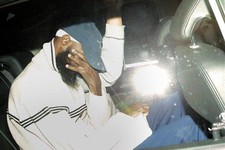 Keeping the Gitmo Killers Out of America
By John Shadegg
Two days after his inauguration, President Obama signed an executive order to close Guantanamo Bay within the year. He ...
March 02, 2009 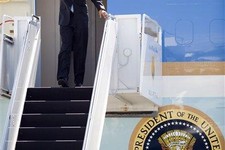