John Bicknell
|
Posted: Apr 15, 2016 12:01 AM
Share   Tweet
The opinions expressed by columnists are their own and do not necessarily represent the views of Townhall.com. 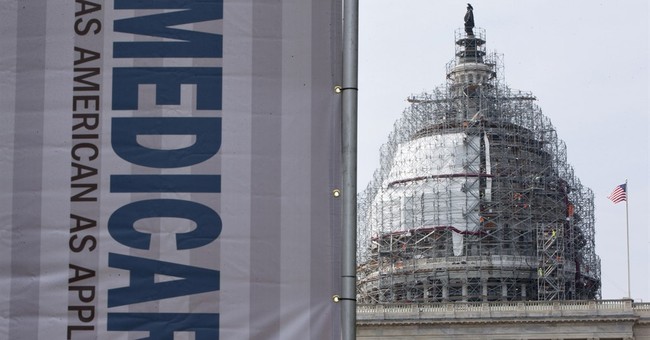 Federal entitlement spending is not equivalent to Christian charity, and when Govs. John Kasich and Asa Hutchinson make such a claim they are spreading something worse than bad policy. They’re spreading bad theology.

The Parable of the Sheep and the Goats in the Gospel of Matthew (25:31-46) is an oft-cited story. Political liberals who otherwise eschew any connection between religion and politics are particularly fond of quoting Christ’s admonition that “Inasmuch as ye have done it unto one of the least of these my brethren, ye have done it unto me.”

The Republican governors of Ohio and Arkansas have invoked the parable to defend their expansions of Medicaid to include working-age adults with no kids and no disabilities.

But, as with most such invocations, this one falls afoul of both politics and piety, although it certainly comes with a heaping dose of self-righteousness.

In Matthew, Jesus is speaking not to a gaggle of voters about a government agency, but to individuals. The expectation of Christian charity is just that, an individual, not a collective, responsibility.

It’s important to remember that, whatever one thinks of their health care policy, Kasich and Hutchinson are wrong about this central doctrinal point.

In other words, opponents of expanding Medicaid are going to hell because they are not prepared to do for “the least of these.” But that turns Christian doctrine on its head. It is not the good works that get you into heaven, but salvation through grace. It is grace that inspires or spiritually compels the good works. And grace is bestowed upon individuals, not groups of people or nations.

It’s a common mistake, but one that politicians pretending to be experts on the Gospels should not be making in public.

It is generous if you give your own money or goods to the poor. It is not “generous” to spend other people’s money on the poor. Depending on the circumstance, it might be wise or unwise, frugal or fiscally fatuous, or even simply the right or wrong thing to do. But if words are to have any meaning at all, it is not generous.

This all comes down to the deep need of too many politicians to be loved by all the right people -- the ones who despise political invocations of religion by those with whom they disagree, but never shy away from them when it suits their own purposes.

And if you’re going to use Christian doctrine to sell your politics, at least make sure you understand it.