Jim Martin is Founder and Chairman of the 60 Plus Association, a non-partisan seniors' advocacy group with a free enterprise, limited government, less taxes approach. Jim set ending the federal estate (death) tax for seniors and small businesses, and saving Social Security for the young, as top priorities. 60 Plus is the "acknowledged alternative to the AARP” and has been called “an increasingly influential advocacy group for the elderly.” Jim is credited with popularizing the term “death” tax for “estate” tax. One reporter wrote, “Jim Martin renamed the Estate Tax to try to kill it." Another writer said, "Jim Martin came up the idea of re-labeling the Estate Tax as the Death Tax." He called Martin's rhetoric "politically brilliant as he made the tax seem especially cruel.”

In 1953, at age 17, Jim Martin joined the Marines as the Korean "conflict" concluded and served two tours on active duty. In 1955, his Battalion Commander awarded Jim a meritorious citation for "exemplary conduct and leadership qualities." In 1956, Sergeant Jim Martin began a two-year tour of duty as an elite Marine Security Guard at the American Embassy in Djakarta, Indonesia. Returning to college in 1959, Jim earned a Bachelor of Science in Journalism in 1962 from the University of Florida, where he won a William Randolph Hearst Award for his writing skills. Jim covered Congress (1962-64), including the August 28, 1963 “I Have a Dream” March on Washington and the tragic 1963 assassination of President John F. Kennedy. News bureau outlets included the Tampa Tribune, Florida Times Union (Jacksonville), Columbia (SC) State, Augusta (GA) Chronicle, WFLA-TV (Tampa), WGBS (Miami), WDBO (Orlando). Mr. Martin was Administrative Assistant/Press Secretary (1964-1969) to Congressman, then U.S. Senator, Edward J. Gurney (R-Winter Park, FL). In 1968, Jim was instrumental in hiring a 22-year-old Yale University graduate –George W. Bush– to work on Gurney’s Senate campaign.

Mr. Martin was an alternate delegate to the 2000 Republican National Convention in Philadelphia, and in 2002, President Bush appointed Jim a White House delegate to the second World Congress on Aging in Madrid, Spain. He was profiled as “A Gator Goes to Washington” in the 2003 University of Florida Alumni Magazine. Mr. Martin has testified more than a dozen times before House and Senate Committees on issues affecting seniors.

Three of his speeches have been published in Vital Speeches of the Day: Personalizing Social Security, Unplugging the Third Rail; The Death Tax, Dying Should Not Be a Taxable Event; and Seniors and Global Warming, The Kyoto Treaty. Mr. Martin has been quoted in the Wall Street Journal, The Financial Times, L. A. Times, Washington Post and New York Times and has appeared on ABC TV, Fox TV, including O’Reilly Factor, Sean Hannity, Neil Cavuto, Mike Huckabee, Lou Dobbs, Stu Varney, also, MSNBC and CSPAN’s Washington Journal, as well as hundreds of radio talk shows.

Mr. Martin swims a mile daily, pitches for a nationally ranked over-75 softball team and, in his 60’s, played basketball in two leagues where he was the leading scorer in both the over-60 and over-65 leagues in 2003. He now plays in an over-75 basketball league and for an over-75 team which competed in the 2011 National Senior Games in Houston, Texas and the 2013 Games in Cleveland, Ohio. He pitched for a co-ed team for 15 years, from ages 62-77, where most of his teammates were in their 20s, 30s and 40s.

Mr. Martin was born March 20, 1936 in Hazard, Kentucky. He and his wife, Mary Lou, have 7 children and 15 grandchildren and reside in Arlington, VA. 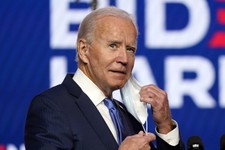 An Evil COVID Policy For Seniors
By Jim Martin
Pollsters made hay during the 2020 election cycle by predicting that senior citizens would vote en mass for former Vice ...
November 11, 2020 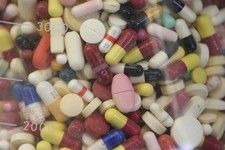 Protecting the Solvency of Medicare During this Pandemic
By Jim Martin
As the coronavirus engulfs the nation and embroils the country in a debate about how to reopen its economy, it ...
June 11, 2020 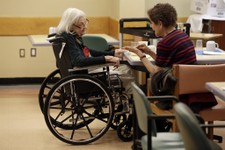 Nursing Homes Are Being Sued for Obeying Liberal Governors’ Orders
By Jim Martin
Few have deserved the 60 Plus Association’s Honorary Guardian of Seniors’ Rights Award more than Sen. Lindsey Graham (R-S.C.). From ...
May 11, 2020 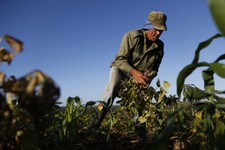 Food Needs Free Markets
By Jim Martin
Despite our nation's obsession with all things food, remarkably it is a topic that remains largely absent from political discussion ...
May 27, 2015 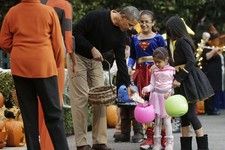 A Halloween Sack Full of Subsidized Sugar
By Jim Martin
If you really want to put a spook into people this Halloween, maybe dress up like the Free Market. ...
October 31, 2014
New Report: Seniors Bear Brunt of EPA Regulations
October 02, 2014 | 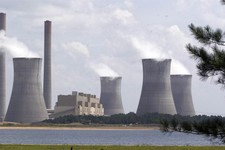 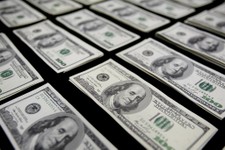