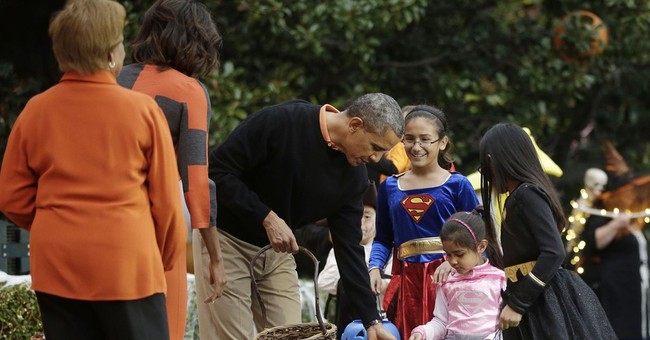 If you really want to put a spook into people this Halloween, maybe dress up like the Free Market. That's a vision that scares a lot of folks these days – especially those who grow the sugar in our favorite holiday candies.

Here in America, where the free-enterprise system should be celebrated, the government artificially props up prices by mandating how much sugar farmers can produce, restricting competition with high tariffs and buying up sugar with taxpayer money when there’s a surplus.

That means in the U.S. we’re paying more for sugar and the many products that use sugar than we should be. Yet amazingly, Uncle Sam is far from the worst market manipulator.

The Mexican government actually owns and operates one-fifth of its sugar industry and coddles the rest with subsidies, preferential loans, debt forgiveness and tariffs. They also keep domestic prices high by requiring their industry to export subsidized sugar to America and other countries.

No, the gold, silver and bronze awards for distorting the cost of Halloween candy the most go to Brazil, India and Thailand – nations that can largely subsidize without limit and without pressure to reform under international trade laws.

And the Brazilian, Indian and Thai sugar regimes have taken full advantage of their license to subsidize by greatly growing government intervention over the past year. A recent paper by Americans for Limited Government (ALG) chronicled some of the most recent offenses.

Known as the OPEC of sugar, Brazil controls 25 percent of global sugar production and 50 percent of all exports. It essentially sets the world price, and in an attempt to grow this dominance, Brazil recently doled out $2 billion in loans for growers, mills and sugar ethanol facilities, ALG noted.

“On top of that, Brazil currently provides $2.5 billion in sugar subsidies, as well as another billion dollars in various special bailouts and direct subsidies to keep the politically powerful industry well oiled,” the group wrote.

Perhaps out of jealousy of Brazil’s control, or maybe just to stay afloat in a grossly distorted market, India made a conscious decision this year to double down on its subsidies. According to ALG, India offered its growers new zero-interest loans and cash subsidies to increase exports and take market share from Brazil.

That is on top of India’s everyday sugar subsidies such as government-set prices, supply regulations, export mandates and blocked imports.

Thailand has similar policies in place to maintain tight control of its sugar market too. In addition, its new military regime is making sugar expansion a point of emphasis as a way to shift production away from rice and rubber after the Thai government wrecked those markets with failed policies.

With so much subsidization here and abroad, it’s easy for free market conservatives to get frustrated. So what can be done about it?

The answer is found in a proposal by Representative Ted Yoho (R-FL), which would eliminate U.S. sugar subsidies in exchange for other major sugar producers around the world doing the same.

This solution is preferred to often-tried unilateral disarmament of U.S. policy, ALG explains, because it doesn’t jeopardize the U.S. sugar industry and therefore has a much better chance of passing Congress.

“Ultimately, conservatives face a simple choice,” the group concluded. “We can continue on the current failed path, spitting out red meat sound bites that get people excited, but ultimately fail, or we can embrace Representative Yoho’s plan that gives a future free market oriented American administration the horsepower to help build an international free sugar market.”

Sounds like a pretty clear choice. After decades of being tricked by greedy governments, a real free market sure would be a treat for sugar consumers around the globe.