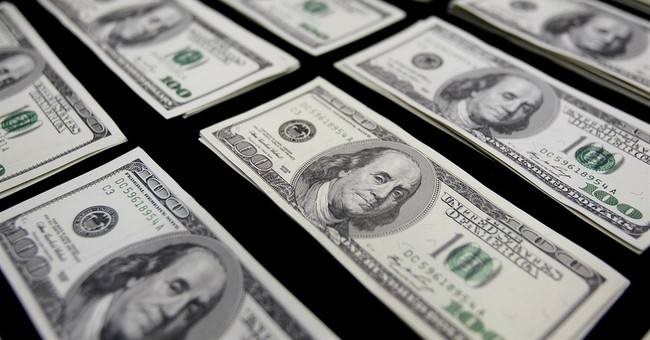 Editor’s Note: This column was co-authored by Pat Boone

According to a 2012 Joint Economic Committee report, since its inception, the death tax has destroyed family businesses, raised little revenue for the government, and sapped nearly $1 trillion of productive small business capital out of the economy. The death tax has hindered job creation and forced businesses to divert money that could be used to expand into expensive estate planning and large life insurance policies – lining the pockets of lawyers and accountants at the expense of America’s family businesses and farms.

At the 60 Plus Association we are committed to leading a renewed fight to drive a stake through the heart of the death tax once and for all before its 100th birthday. In order to sow the seeds for repeal, our seven million seniors across the country will be pushing for votes on death tax repeal for the first time in eight years.

As it stands now after the recent fiscal cliff deal, the death tax confiscates 40% of a family’s lifetime savings but even that chunk of a family business or farm hasn’t satisfied big-spending liberals. On the heels of his victory to raise taxes on job creators at the end of 2012, the President proposed raising the death tax even higher to confiscate 45% of a family business or farm. The President is telling America’s family business owners that if they save, behave frugally, pay taxes, work to create jobs and pass their business to the next generation, Uncle Sam will confiscate nearly half of everything they have worked to build simply because they die.

The President’s position on the death tax is extremely unpopular with the public. Nearly 70 percent of voters consistently support complete repeal of the death tax when polled. The tax violates voters’ general sense of fairness; they rightly see the death tax as a double tax on achieving the American dream and many worry about their children having to one day wrestle with the tax. Simply put: the public does not think death should be a taxable event at all.

Republicans in Congress and some Democrats agree with voters. Our two main advocates in Congress, Congressman Kevin Brady (R-TX) and Senator Thune (R-SD) have introduced legislation to permanently repeal the tax. This legislation is picking up support quickly and now boasts 143 bi-partisan cosponsors in the House and 33 cosponsors in the Senate. The 60 Plus Association is key-voting cosponsorship of both of these bills and is presenting House and Senate cosponsors with our Benjamin Franklin award for protecting seniors.

In past election seasons, Republicans have wisely incorporated their support for death tax repeal into stump speeches and campaign events. By touting their support for repeal, Republican candidates show their constituents that they support helping family businesses survive to the next generation and are against double taxation. This position draws a sharp contrast with their Democratic opponents who are eventually forced to admit to voters that they support taxing death.

The large majority of Republican candidates swept into the House in 2010 promised voters to make repealing the death tax a priority. These members unfortunately have little to show for their promise to promote death tax repeal – legislating on taxes has only been written in back rooms at the 11th hour with Congress facing funding deadlines. It has been difficult for the Republican leaders in the House and Senate to promote repeal while also fighting to prevent a scheduled death tax increase to 55% – the immediate threat of which was disarmed by Republican Leader, Senator Mitch McConnell (R-KY), during the fiscal cliff tax deal.

Now that the estate tax law has been set at a 40% rate going forward and is unlikely to change again during this gridlocked Congress, Republicans should return to messaging death tax repeal to voters. In 2014 death tax repeal could be a big winner with voters but it is becoming harder for our strongest allies to tout their support for death tax repeal without actually voting to confirm it. Holding floor votes to repeal the death tax before the 2014 elections will help Republican candidates align around the position of full repeal, shared by the large majority of voters. It will show constituents that Republicans have taken legislative action to save their family businesses and farms. Congress has not held a full death tax repeal vote since a repeal bill passed the House in 2005. The 2005 vote passed 272-162 with over 40 Democrats, including eight Members of the Congressional Black Caucus voting aye. Indeed, 236 Members of the House and 41 Senators have never cast a binding vote on full death tax repeal. The time for another bi-partisan vote on repeal is long overdue.

The Death Tax Repeal Act will easily sail through the House with a bi-partisan majority and when Senator Harry Reid (D-NV) stands in the way, it will be just one more example of the need for a new majority leader in the Senate. Republican leadership should consider both the economic and political advantages of pushing death tax repeal legislation forward in advance of the 2014 elections.