George F. Will, whose newspaper column has been syndicated by The Washington Post Writers Group since 1974, today appears in more than 460 papers. In 1976, Will became a regular Newsweek contributor, providing the backpage essay twice a month. In the same year, George Will won a Pulitzer Prize for commentary for his newspaper column.

In addition to his magazine and newspaper writing, George Will is also an author and network-television broadcaster commentator. George Will is Contributing Analyst with ABC-TV News on World News Tonight, and has been a regular member of ABC's This Week on Sunday mornings since 1981.

Four collections of his Newsweek and newspaper columns have been published. Most recently, his book Men at Work: The Craft of Baseball (1989, Macmillan) topped national bestseller lists in the number-one position for over two months.

George Will, born in Champaign, Illinois, in 1941, was educated at Trinity College in Hartford, Oxford and Princeton universities. Prior to entering journalism, George Will taught political philosophy at Michigan State University and the University of Toronto and served on the staff of the United States Senate. Until becoming a columnist for Newsweek, George Will was Washington editor of The National Review. 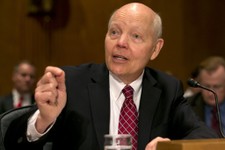 Impeach the IRS director
By George Will
“Look,” wrote Lois Lerner, echoing Horace Greeley, “my view is that Lincoln was our worst president not our best. He ...
October 08, 2015

In Politics, As Good As It Gets
By George Will
WASHINGTON -- The candidate who on Tuesday won the special ...
May 19, 2010 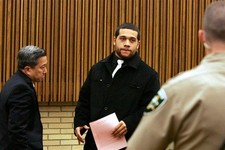 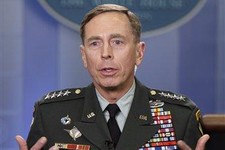 The "Civilization" Of the U.S. Military
By George Will
MacDILL AIR FORCE BASE, Fla. -- When asked whether nationalism ...
May 09, 2010

Hostage to a Timetable
By George Will
MacDILL AIR FORCE BASE, Fla. -- The ticking clock does not disturb the preternatural serenity ...
May 06, 2010

When Indignation Trumps Information
By George Will
WASHINGTON -- "Physician, heal yourself," said the founder of the church in which Roger Mahony ...
May 02, 2010

A Law Arizona Can Live With
By George Will
WASHINGTON -- "Misguided and irresponsible" is how Arizona's new law ...
April 28, 2010

In Praise of Cheerful Men
By George Will
WASHINGTON -- Hearing about a shortage of farm laborers in California, the couple who would ...
April 25, 2010 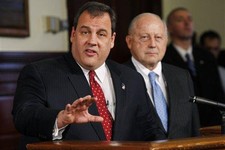 The Thunder Roars in Trenton
By George Will
MORRISVILLE, Pa. -- The bridge spanning the Delaware River connects New Jersey's capital with this ...
April 22, 2010

If VAT, Ditch the Income Tax
By George Will
WASHINGTON -- When liberals advocate a value-added tax, conservatives should respond: Taxing consumption has merits, ...
April 18, 2010

No (Political) Experience Required
By George Will
WASHINGTON -- Stiffening their sinews and summoning up their blood, pugnacious liberals and conservatives who ...
April 15, 2010 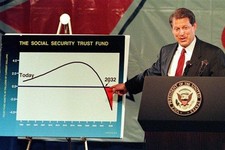 Intersection for a Disaster
By George Will
WASHINGTON -- The times truly are out of joint when the most important IPO -- initial public offering -- of ...
April 08, 2010
Commentary Archives
CARTOONS | Bob Gorrell
View Cartoon