Hollywood Fiction Isn’t a Good Basis for Legislation or Regulation

George Landrith
|
Posted: Dec 14, 2019 12:01 AM
Share   Tweet
The opinions expressed by columnists are their own and do not necessarily represent the views of Townhall.com. 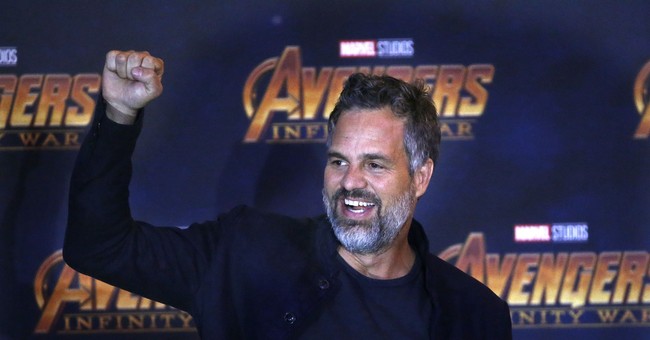 Mark Ruffalo may be most famous for his fictional portrayal of Dr. Robert Bruce Banner and his alter ego “The Hulk” in Marvel’s Avengers series, but he has recently been grabbing headlines for other reasons. Last month, Ruffalo made the news by submitting testimony in Congress based on his recent role in a largely fictionalized movie — Dark Waters — that is being portrayed as a “true story.”

While the media, Ruffalo, trial attorneys, and some politicians pretend that Dark Waters is a dramatization of a true story, its marketing materials merely claim it is “inspired by true events.” But it gets so many facts wrong, even that claim is hard to stand by.

Whether the movie is entertaining is a matter of personal preference. But whether the movie is an accurate portrayal of fact is not a matter of opinion. A movie is either factual and accurate, or it is not. The Avengers' movies are in my estimation entertaining. But they are not factual and shouldn’t be the basis of congressional action. Neither do we need the Hulk testifying in Congress. Dark Waters is not nearly as entertaining as the Avengers movies, but it is about as factual, so we really don’t need Mark Ruffalo testifying either.

The basic plot line of Dark Waters is that an evil, dark corporation knowingly and purposefully pollutes the water in a local community and an activist heroic trial attorney played by Ruffalo comes to the community’s rescue to force the evil corporation to take responsibility. The thrust of the movie is that corporate greed led to horrible excesses. Yet the movie itself appears to be an exercise in greed and excess. A network of well-financed trial attorneys, political activists and Hollywood nitwits have fabricated a story designed to support their political agenda, encourage ever more litigation, and make their greed appear altruistic and heroic. Trial lawyers and Hollywood shouldn’t be lecturing anyone about greed.

The movie portrays the Ohio River communities in West Virginia and Ohio in ways that promote false “hillbilly” stereotypes of locals being simple-minded and uneducated with rotting teeth. The fact is that the region is a manufacturing powerhouse and has a diverse economy with hundreds of thousands of proud, healthy, hardworking people.

Folks are not merely offended by the portrayals of locals as simpleton hillbillies with blackened and rotting teeth. Local legislators, people who would know the facts, have criticized the movie saying, “The film’s portrayal of Parkersburg does not reflect reality.” But it goes deeper than just that the film isn’t based in fact. Local legislators are concerned that Dark Waters will do “real damage to our economy and the hard-working people of the Mountain State.”

The movie falsely suggests that PFAS chemicals lead to deteriorated oral health and cause cancer. PFAS chemicals are used in firefighting foam and consumer products like non-stick cookware and waterproof clothing. Science does not establish that this is a cancer-causing agent. Nor has it found that it harms teeth. But asserting these things as if they were established fact, does make the movie more dramatic — just like the Hulk’s fictionalized strength makes the Avengers movies better.

Ruffalo’s trial lawyer character claims that “DuPont is knowingly poisoning 70,000 local residents.” This hysterical claim may make for a dramatic scene in a movie, but local leaders doubt its veracity. But it is useful to tell such lies when you’re trying to promote a political agenda and you’re committed to grotesque oversimplification of complex matters in hopes of creating a fact-free political narrative.

The movie is defended as an effort to educate and motivate Americans to take action and as a way to require accountability. But wouldn’t an accurate, fact-based portrayal be a better way to educate? How does one effectively educate with falsehoods?

Ohio River basin locals have asked “that those who profit off of fear-mongering and stereo typing [i.e. Ruffalo and other Hollywood nitwits and trial lawyers] be held accountable.” But that isn’t the sort of accountability that Ruffalo or trial attorney’s support.

No rational human being would suggest using the Avengers movies as the basis for congressional hearings. That’s why Tony Stark, Captain America, and Thor are not invited to testify. But sadly, ignorant Hollywood activists and trial attorneys — who see themselves as more intelligent and altruistic than other Americans — hope to use the mostly fictional Dark Waters movie to advance their fact-free political agenda, and shape and mold a more supportive public.

Hollywood is an entertainment industry. Ruffalo and other Hollywood activists seek to merge their political agendas with entertainment. The outcome is agenda motivated entertainment that creates distorted policy demands based in fantasy and an American public that is less informed and even misinformed because the agenda driven entertainment is such a distorted, largely fictionalized account. This is no way to make public policy.