Why Do Many Jews Support the Iran Deal? 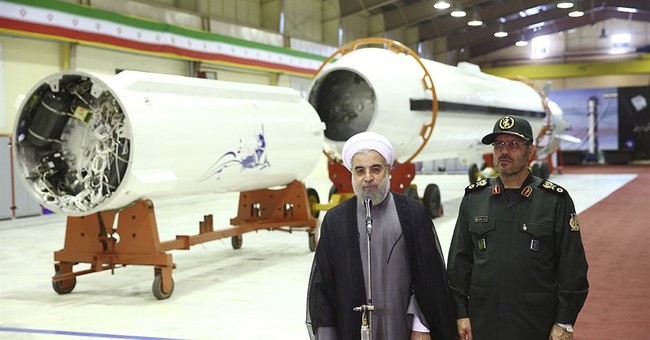 Trending
The more one knows about the Iran deal, the more obvious it becomes that it is not a deal so much as it is a fraud. According to the Merriam-Webster dictionary, the definition of a fraud is "something that is meant to look like the real thing in order to trick people." That precisely describes the Iran deal. Virtually every claim made for it is either not true or insignificant.

There are no "anytime, anywhere" inspections, as Americans were promised during the negotiations.

--No American or Canadian inspectors will be allowed into Iran.

--The agreement obligates all the parties, including the United States, to help Iran protect its nuclear facilities against an attack, whether physical or cyber.

--Any area of Iran that the Iranian regime designates "military" cannot be inspected.

--Iran can object to any inspection and delay it at least 24 days and, according to the Wall Street Journal, up to three months.

--The deal will free a hundred billion dollars and eventually much more for the Iranian regime to use to bolster Iran's economy and to supply terror groups around the world.

In light of these weaknesses, any one of which renders the deal fraudulent, how could anyone who cares about America, not to mention Israel, support it?

And it gets worse: There are two secret side deals to the agreement made between Iran and the U.N.'s International Atomic Energy Agency (IAEA). They are not just kept secret from you and me. They are kept secret from the president, the secretary of state (who admitted to Congress that he has not seen them) and the Congress of the United States.

How then could any member of Congress vote to affirm an agreement with Iran, crucial parts of which they cannot even know about? Why do those secrets between Iran and the United Nations simply not invalidate this agreement?

But I wish to focus on American Jews. How is it, in light of the above and in light of Iran's stated aim of annihilating Israel, that so many American Jews -- despite the opposition of so many national Jewish groups and even of the Jewish federations of liberal cities such as Boston and Los Angeles -- support this deal?

The question is legitimate for four reasons:

First, and most obvious, Israel is the one Jewish state, and one would assume that American Jews have a moral and emotional commitment to Israel's welfare, not to mention survival.

Second, according to various polls, American Jews may be the ethnic or religious group most supportive of the deal. How is that possible?

Third, the vast majority of Israeli Jews oppose the deal. According to Israel's major left-wing newspaper, Haaretz, only one in 10 Israelis supports the deal. Yet, at least 50 percent of American Jews support it. Why the five-to-one discrepancy?

Fourth, even most left-wing Israelis oppose the deal. As Jeffrey Goldberg of The Atlantic reported: "The Iran deal represents one of those rare issues that has unified Israelis of most political parties. And that includes the opposition leader, the head of the Labor Party, Isaac Herzog: 'Iran,' Herzog told me, has Israelis -- of the 'left, center and right,' he said -- 'frightened.'"

One answer, given by many American Jewish supporters of the deal, is that they back the deal precisely because they do care about Israel. And when American Jews with a record of strong support of Israel say this, I believe them.

But I do have a question: If the deal is good for Israel, why do only one in 10 Israelis support it? How can Jews living in Los Angeles or New York tell 90 percent of Israelis that they know better what's good for Israel? That's what Jews call chutzpah.

As for American Jews who don't have a strong record of support of Israel, I do not believe them when they say they believe the deal is good for Israel.

In addition, both Jews and non-Jews often forget that Israel is no longer important to an increasing number of American Jews. Jews are the most left-wing ethnic and religious group in America -- in part because Jews are more secular than others and attend college in greater numbers -- and the more people embrace a left-wing view of the world the more hostile to Israel they are likely to become.

There are, therefore, quite a number of American Jews who support the Iran deal for reasons having nothing to do with Israel. They only care about America, they say, and the deal is good for America. One presumes that most of these people also believe that pulling all our troops out of Iraq was good for America. It wasn't. These Jews and non-Jews believe that the answer to evil is negotiation, not confrontation. That there is no historical basis for that belief does not disturb them. These people are still singing "Give Peace a Chance."

So why do many American Jews -- including some supporters of Israel -- back the Iran deal? For the same reason the minority of American non-Jews who support the deal do: Their outlook on life has been shaped by the Left.