In addition to being the author of Money for Art: The Tangled Web of Art and Politics in American Democracy, his columns on art, culture and politics have appeared in the Weekly Standard, the Wall Street Journal, the Dallas Morning News, the Austin American-Statesman, and the Waco Tribune-Herald. He has been featured on NPR's Morning Edition, the Mars Hill Audio Journal, The Jim Bohannon Show, and numerous other national and regional radio shows.

An avid public speaker, Smith has spoken to civic organizations ranging from art galleries to the Rotary Club, the National Society of the Colonial Dames of America, the Fort Worth World Affairs Council, and the Audie Murphy Museum. He serves on the board of directors of the Waco Cultural Arts Fest, and his book reviews have appeared in outlets from the Washington Times to the Naval War College Review.

He has won awards for his teaching at Baylor and at the University of Missouri.

He and his wife have two children and live in Woodway, Texas. 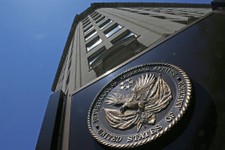 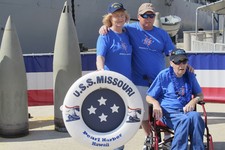 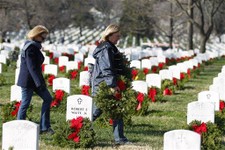 Do Americans Really Want to Remember Their War Heroes?
May 25, 2015 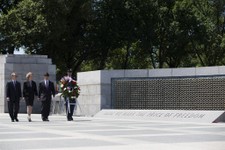