70 Years Ago: The End of World War II 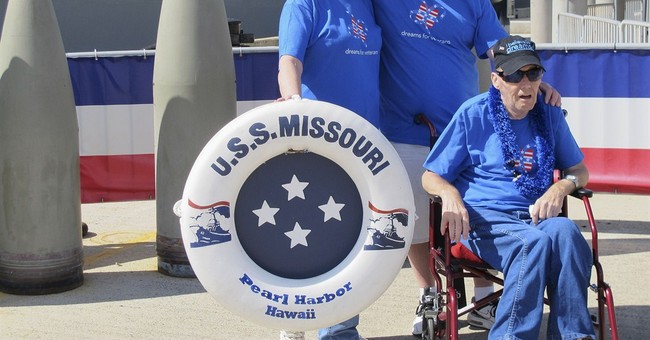 Seventy years ago today the agreement between the United States and Japan that ended World War II was signed aboard the battleship USS Missouri, triumphantly anchored in Tokyo Bay. Shortly after 9:00 a.m. the formally dressed representatives of Japan stepped up to a table one by one and inscribed their names on a document of surrender. From the skies above came the constant drone of rotary engines as hundreds of American fighters and bombers flew over the bay in an overwhelming display of power.

Amid the triumph, the presence at the ceremony of Allied Generals who had been forced to surrender their troops earlier in the war “was a sobering reminder of how desperately close to defeat our nation had fallen during the early months of 1942,” noted an American reporter watching the scene unfold. General Douglas MacArthur, too, struck a reserved tone as he addressed those gathered on deck. “It is my earnest hope, and indeed the hope of all mankind, that from this solemn occasion a better world shall emerge out of the blood and carnage of the past, a world dedicated to the dignity of man and the fulfillment of his most cherished wish for freedom, tolerance and justice.” His remarks were broadcast by radio to countless listeners who for the first time in years could imagine that such a world might now be possible.

Only a month earlier, however, the Navy, Army, and Marines had been grimly preparing for the long-dreaded invasion of Japan itself. It was scheduled to begin that fall with a landing on Kyushu, the southernmost of the main islands. Ultimate success there would set the stage for an even larger invasion of Honshu, near Tokyo, the following spring. Knowing what the invasion of Japan would require, the US Army began transferring troops from Europe to the Pacific almost immediately after the surrender of Nazi Germany the previous May. As the euphoria of victory in Europe began to fade, many soldiers realized the war for them was not yet over.

For some soldiers, however, it was. “I hate to see all these other Armies going to the Pacific and me staying here,” aggressive General George S. Patton confided to his diary on June 2 as he longed to get into the fight against Japan. That same day at an airfield near Salzburg, First Lieutenant Audie Murphy, on his way to being the most decorated soldier of the war, was presented with the Medal of Honor for his valor on a battlefield in France earlier in the year. He was given a choice of staying in Germany with the occupation army or going back to Texas. He chose the latter and was home within two weeks, astonished at the cheering crowds that came out to see the boyish hero everywhere he went.

But now the invasion of Japan was off, the war at last was over. With a sense of history in the making, the sailors aboard the battleship Missouri attached to the bulkhead the flag that US Navy Commodore Matthew Perry was flying when he took his ships into Tokyo Bay in 1853. It had been nearly 100 years ago but the sailors understood that what was happening today was inextricably linked to the opening of Japan to the rest of the world prompted by Perry’s small squadron. In 1941, the Japanese Navy had done something very similar. During the attack on Pearl Harbor that brought the US into the war—and Japan ultimately to the brink of destruction—Admiral Chuichi Nagumo had carried with him the same flag flown by legendary Admiral Togo on his flagship when he annihilated a Russian fleet in 1905, inaugurating decades of Japan’s dominance of the western Pacific.

Such a vivid sense of history, however, is waning from our common life today. While the exuberant celebrations of the sort that greeted Audie Murphy and then helped launch him into a Hollywood career naturally passed, today the memory of who Murphy was at all, for instance, has nearly vanished.

One way of remembering September 2 is to think of how the end of the War changed the world that came after. The magnitude of the triumph validated Time and Life publisher Henry Luce’s claim to an emerging “American Century.”

Another way of remembering is far simpler but more fitting. It consists of just acknowledging the sacrifices of those who fought and being grateful that the country did not have to carry out those other invasions, the plans for which imagined the war continuing into 1946 and who knew how far beyond. How many more American servicemen and women would have died is impossible to know.

A world in which either Nazi Germany or Imperial Japan emerged triumphant is sobering to picture and is an idea perhaps better left alone. (Imagine the massive battleship Yamato anchored in San Francisco Bay, a broken Chester Nimitz bending over a table to sign his name to a surrender document.) But today is the best of days to remember with quiet appreciation all those who brought WWII at last to a successful conclusion, 70 years ago, and even more, those who died in the effort so that an Axis dominated world would exist only in our imagination.