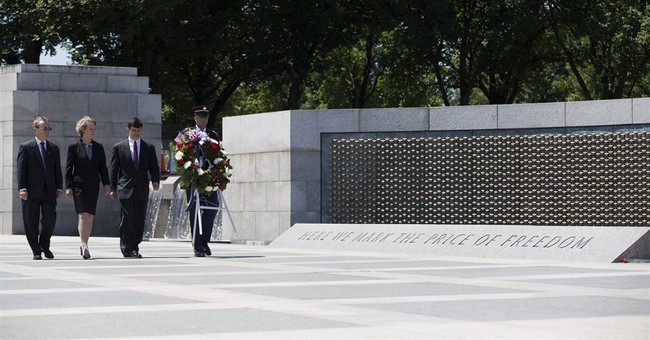 The unexpected enthusiasm at the box office that greeted the film American Sniper provides an occasion to reflect not only upon the career of legendary Navy SEAL Chris Kyle, “the most lethal sniper in U.S. history,” but to gain some insight into the personal stress of war and what it does to those who fight. Anyone familiar with what today is called Post-Traumatic Stress Disorder will see its manifestations throughout the pages of Kyle’s memoir. Because of his best-selling book, the movie that came from it, and the circumstances surrounding his untimely death, he has become the most recent face of PTSD.

But a troublesome mix of heroism, celebrity, and PTSD also shaped the life of another war hero: Audie Murphy, the most decorated soldier of World War II. As every schoolboy once knew, Murphy came out of the grinding poverty of rural Texas in the Great Depression, enlisted in the Army in the summer of 1942, and fought almost non-stop through Sicily, Italy, Southern France, and into Germany. Along the way he was wounded several times, won numerous citations for valor, and was credited with killing hundreds of enemy soldiers. He was awarded the Congressional Medal of Honor for his remarkable stand atop a burning tank in February 1945, singlehandedly holding off an entire German attack with nothing more than the machine gun mounted on the turret. He was not yet 20 years old when he returned home to discover he was a hero.

A “hero” is usually simplified to caricature in contemporary America. In reality it is quite complex: a hero is someone who, through his or her action, temporarily embodies for the rest of us what a particular virtue looks like. Things like courage, selflessness, sacrifice, or patriotism are ideas that without some form of concrete existence remain abstractions—resistant to usefulness, difficult to grasp practically, and, as long as they remain abstract, hard to use as a measure. However, when a hero embodies for a moment, say, selflessness, it is as though a lamp is suddenly lit in a dark room. This is what selflessness looks like, and in a flash we understand. That is courage, with the implicit message that when the situation calls for it, we are to go and do likewise.

By contrast, a celebrity is someone whose actions bear no real resemblance to that of a hero but who garners attention for some more superficial reason: someone “famous for being famous,” as historian Daniel Boorstin put it back in 1961. Celebrity, though, is exactly what befell Audie Murphy when, following his discharge from the Army, he suddenly became one of the most American of all cultural creations: the Hollywood movie star. In retrospect, it would be difficult to imagine something more ill-suited to him. It was a world based upon make-believe images very much at odds with both his character and the poorly understood after-effects of his stressful wartime experience. He made no secret of hating its phoniness and instead spent his time chasing after anything that could make his deadened senses feel alive again, no matter the cost.

This year is also the 60th anniversary of Murphy’s film To Hell and Back, which, like American Sniper, was drawn directly from a combat memoir. Here again, the main character was a highly-decorated soldier with a deadly accurate eye and calm demeanor. In To Hell and Back however, despite his reservations, Murphy played himself, reliving for the cameras some of the most traumatic experiences of his young life: the death of his mother, the chaos of combat, and his closest friend dying in his arms on a hillside in the south of France. With our understanding of PTSD today, it’s hard to imagine that anyone would see subjecting him to such trauma as a good idea. His performance was praised—but, in a way, it wasn’t really a performance at all.

There’s a timelessness about military history that accounts for much of its distinct appeal. It exists not in technical details of battles and campaigns but in the human story of those who fight in war and who are fundamentally transformed by it. Whereas Chris Kyle’s life was cut tragically short, Audie Murphy lived for 25 years in the spotlight of attention from Hollywood fan magazines. In so doing, he spent his postwar years demonstrating, for those who could see it, the significant difference between celebrity and hero—a difference that, for him, his PTSD made all the more hard to bear.