Do Americans Really Want to Remember Their War Heroes? 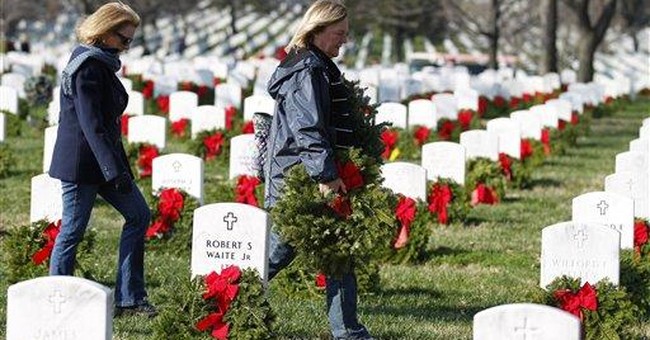 Do Americans really want to remember their war heroes? If by saying “remember,” we mean it in the same sense in which we remember things like the 2004 World Series, the television show Cheers, or the Ford administration, then sure, we can take some time to think of those who have given their lives in war. But in reality, Memorial Day ought to involve something more substantive than merely remembering.

What the day really calls for is commemorating, but very little in our contemporary culture is particularly attuned to having the orientation toward history that would make this truly possible. At its root, commemoration flows from a willingness to take history—and the people who made it—seriously. It is an admission that something from the past reaches through time to exert a claim on us. But amidst our comfort, it can bring discomfort. Amidst complacency, it brings an obligation. Amidst our insistent focus on the future it drags our attention relentlessly to the past. Do we really want all that?

Americans today aren’t a particularly reflective or contemplative bunch. Maybe we never have been. But those qualities are crucial for commemoration, which involves thoughtful silence, not flash and glitz. The authority of the past is a quiet authority. There’s no bombast to the way in which it waits for our attention; tugging at our sleeve is the most it will do. If we forget it, it will go quietly into that good night and leave us to our fate.

I spoke last weekend at the annual “Audie Murphy Days” celebration in Greenville, Texas to an audience particularly attuned to commemoration. In attendance were people who still respond to Murphy’s example of heroism forty-four years after his death, and want to celebrate it and, in some way, guide their lives by it.

Genuine commemoration is also what Abraham Lincoln was up to Gettysburg. He encouraged his listeners not to be complacent in remembering the fallen but “that from these honored dead we take increased devotion to that cause for which they gave the last full measure of devotion—that we here highly resolve that these dead shall not have died in vain.” That puts the obligation on us and it then becomes more a matter of stewardship than of just thinking.

We are to be changed by remembering—constantly in the process of rededicating ourselves to the principles for which those we hold as heroes died, whether they were a nationally famous soldier or an anonymous father or mother. It involves measuring ourselves against a standard that does not come from within us. It’s a big undertaking and today in an individualistic culture where people pick and choose what they want to guide their lives by, we want our choices validated, not questioned. That’s part of the reason we have trouble accommodating history. In truth, the more a culture puts the emphasis on the individual, the more it becomes incompatible with commemoration, the sole remaining exception being commemoration of the self, which, after all, is exactly what a “selfie” is.

The country today has an attitude toward history strikingly in line with a clichéd attitude toward Modern Art: we know it’s there; we hear it spoken highly of; we listen as experts tell us it ought to be taken seriously, but we still don’t want it cluttering up our living room.

When President Woodrow Wilson gave a speech at the fiftieth anniversary of the Battle of Gettysburg in 1913, he began by saying he didn’t need to tell his audience what the battle meant. “We are made by these tragic, epic things to know what it costs to make a nation,” he told a crowd that included thousands of men who had actually fought in the battle and still bore that knowledge firsthand.

Knowing what it costs to make and sustain a free nation, and then shaping our behavior accordingly, is the right way to incorporate history and commemoration into our lives. But a century further on from Wilson at Gettysburg, many of today’s students often don’t know what that battle was, let alone what it meant. There can be no real commemoration without a reverence for the idea of history, and that’s what Memorial Day really calls us to consider.