Bob Barr
|
Posted: Oct 25, 2017 12:01 AM
Share   Tweet
The opinions expressed by columnists are their own and do not necessarily represent the views of Townhall.com. 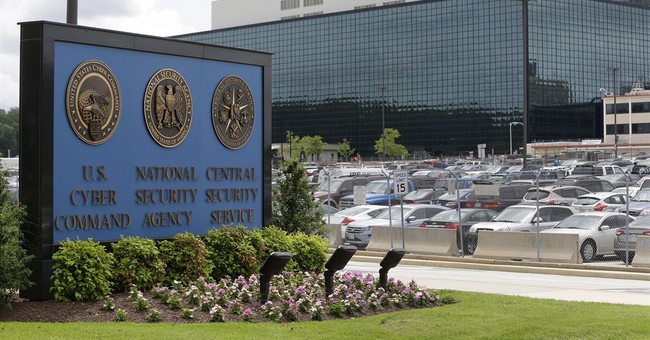 Like the rising of the sun or the changing of the tides, another opportunity for the GOP to right the wrongs of the post-9/11 security state is here again. In less than three months, Section 702 of the 2008 Foreign Intelligence Surveillance Amendments Act, which authorizes the National Security Agency’s controversial (and in many instances, unconstitutional) spy programs, is set to expire. The lingering question, however, is whether the GOP is finally ready to close the book on what has been one of the biggest abuses of government power in American history.

It is well-known that the GOP has had numerous opportunities over the last decade to affirm its support for individual privacy against abusive government surveillance.  Yet, the party that purports to respect individual liberty and limited government power, has failed to do so time and again.

The closest we have come to real reform, even after the revelations by former NSA contractor Edward Snowden, was a virtual “sneak attack” by Senator Rand Paul against Majority Leader McConnell, turning what would have been another non-discussion renewal of the USA PATRIOT Act, into a surprising (and rare) victory – short-lived as it might have been – for privacy.

Will this time be any different? Perhaps, but not likely.

Feeling the pressure from privacy advocates dumbfounded by the GOP’s abandonment of a once-fundamental belief, Republicans have offered up the “USA Liberty Act” as an attempt at reform. However, like most bills carrying such self-righteous titles, the “reforms” this legislation offers are more bark than bite.

While the USA Liberty Act contains a few worthwhile proposals, it fails to address the root of the NSA’s illegal spying. Perhaps years ago it might have been considered a “good start”; but such half-measures today tend to do more harm than good.  Moves like this permit Republicans to walk away and claim they have protected privacy; when in fact they have offered but a fig leaf that leaves in place the surveillance apparatus and procedures that have been problematic all along.

Knowing what we now know -- not just about how far the NSA is willing to bend the law to justify its spy programs, but the extent to which it attempts to hide its activities from regulators -- makes anything less than full, genuine reform essentially pointless; no matter how well-intentioned. If the Republicans in the Congress fail this time around to pass legislation that in fact curtails surreptitious collection of information on innocent Americans outside the parameters of the Fourth Amendment, then the Party should come clean and formally declare it no longer considers personal privacy a priority.

The Electronic Freedom Foundation, which has long been a leader in the fight to rollback domestic surveillance powers, has undertaken a thorough analysis of the first draft of this bill. The EFF concluded that while “[The USA Liberty Act] may offer a chance to address some of the worst abuses of NSA Internet surveillance even as it reauthorizes some components of the surveillance for another six years,  .  .  .  the first draft of the bill falls short.”

The Foundation goes on to note that the current version of the Act fails to address the most onerous of Section 702’s many provisions, which have been exploited to allow unconstitutional actions such as warrantless searches by law enforcement at all levels of government, of NSA-harvested communications collected in unconstitutionally broad ways.  These actions include, for instance, tapping into the main internet cables that transmit the bulk of internet communications, or through data on private servers of social media giants like Facebook and Google.

It might seem a non-issue that communications between you and your next-door neighbor may be sitting in an NSA database; but the Obama administration, which sought to “unmask” (spy speak for identifying supposedly anonymous targets of surveillance) members of Trump’s campaign team, demonstrated how easily communications not gathered as part of any true criminal investigation, can later become fodder for bureaucrats with an axe to grind. And while you are not likely to get a call from Robert Mueller, the local sheriff may be another story.

Republicans have until the end of the year to put something together and get it passed before provisions of the 2008 law expire, so there still is hope that the first draft of the bill will serve as a starting place, not a terminus, for the GOP to restore personal privacy for Americans lost during its snooze through the unconstitutional abuses of the last decade and a half.  But if the majority party in the Congress remains somnambulant, there will be little, if any, chance that individual privacy will survive into the New Year.