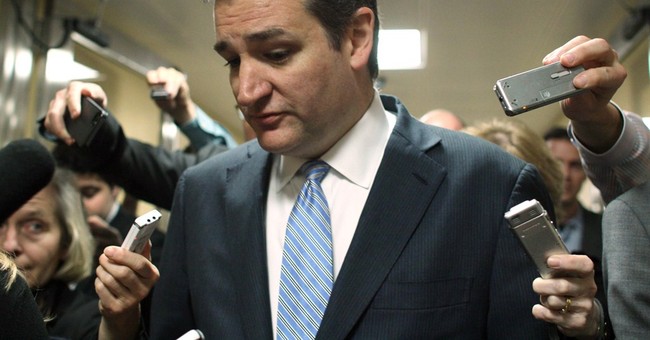 Trending
Last week, former Florida Governor Jeb Bush announced his intention to "actively explore" a run for president. That announcement spurred spasms of joy in some segments of the Republican Party who have been itching for an effective counter to the enthusiasm of the grassroots right. Those Republicans -- largely coastal donors who scorn social conservatives as rubes, and shun the supposed fiscal extremism of the tea party -- have been searching for a candidate who will buck the base on immigration, who doesn't mind hand-in-glove corporatism, and who, most of all, feels the same way they do about the grassroots.

And Jeb Bush promises to fulfill all these criteria. He says he feels "a little out of step with my party" on immigration and recently said that illegal immigration wasn't a "felony" but an "act of love"; his support for Common Core has more than a whiff of cronyism to it; just weeks ago, he told The Wall Street Journal that he would be willing to "lose the primary to win the general without violating [his] principles."

They stake their claim to leadership of the Republican Party on the nonsensical notion that they have a record of victory. Pointing to the dramatic implosions of candidates like Delaware's Christine O'Donnell, who primaried Mike Castle only to be blown out by Chris Coons in her Senatorial race, and Sharron Angle, who lost to Senate Majority Leader Harry Reid, establishment Republicans state that they -- and only they -- know how to win elections. They abide by "The Price Is Right" strategy for electoral victory: campaign just to the right of the Democratic candidate in the hopes that you will win everyone to that candidate's right. The magical middle, in this view, is where victory lies.

And so, in 2008, in an election in which Americans resonated to the theme of war weariness, Republicans establishment geniuses touted a Senator most famous for his foreign policy interventionism. In 2012, coming off an election in which Republicans won a stunning victory thanks to popular hatred of Obamacare, Republicans ran the only man in America outside of Barack Obama to implement Obamacare. Grassroots conservatives reluctantly went along with these nominees after failing to unify around an alternative.

Now, in 2016, when Americans have reacted with outrage to President Obama's executive amnesty, and when Hillary Clinton is likely to be the Democratic nominee, establishment Republicans want to run a man whose most famous position is warmth for illegal immigration and is famously chummy with the Clintons (he gave Hillary an award in 2013 for public service).

Why nominate this man? The most common explanation: His widely perceived alternative, grassroots favorite, Ted Cruz, cannot win. Cruz, establishment Republicans say, polarizes instead of unifying; he alienates rather than attracting. But that notion springs, once again, from "The Price Is Right" strategy: If the middle voter is your target, Cruz isn't your man. But the middle voter was Mitt Romney's target in 2012, and he got him -- Romney won independents 50-45, but lost the election by five million votes. The middle voter was John McCain's target, too -- so much so that McCain considered naming Democratic Senator Joe Lieberman as his running mate. He lost decisively, too.

Will Ted Cruz lose more decisively than either of his predecessors? That's a possibility. But margin of loss is significantly less important than the direction of the political narrative. Party insiders see the 1964 nomination of right-wing Barry Goldwater as a massive defeat. Those outside the party infrastructure see it for what it was: a ground shift in Republican politics that led to the rise of Ronald Reagan. Better to nominate someone who will change the conversation and lose than someone who will reinforce that the parties stand for the same tired politics of failure.

Or, perhaps, Cruz doesn't lose at all. Perhaps it turns out that voters are driven by vision and passion rather than bromides from the Yorks and Lancasters of American politics. Perhaps Ted Cruz, or someone like him, actually animates people rather than treating them like widgets to be manipulated by those born to the purple. Perhaps politics isn't "The Price Is Right."