Barbara Comstock was elected in November, 2009, to represent the 34th District (Great Falls, parts of McLean, Vienna, and Loudoun) in the Virginia House of Delegates. She was re-elected in 2011 and currently serves on the Commerce and Labor Committee, Transportation Committee, and the Science and Technology Committee.

In the summer of 2010, Barbara was selected as one of 50 state legislators to participate in the "Emerging Political Leaders" program sponsored by the State Legislative Leaders Foundation and the Darden School of Business at the University of Virginia.

The Comstocks first came to McLean in the early 80s when Chip started his teaching career at Langley High School in McLean and Barbara attended Georgetown University Law Center. The Comstocks have been active in community sports, school, neighborhood, political and church activities for over 30 years. Chip also taught at McLean High School and currently is an assistant principal at Oakton High School in Vienna.

Barbara juggled law school while starting a family – having her two boys while in school – then added a daughter shortly after completing law school. Barbara returned to work serving in the federal government for over a dozen years. She served first as a senior aide in the 1990s to Virginia Congressman Frank R. Wolf, where she was immersed in issues important to Northern Virginia such as federal employees and health care issues, telework and business issues, appropriations for the district, and tax relief for Virginia families.

She then was recruited to serve on the House Government Reform and Oversight Committee, the largest House committee where she became Chief Counsel and led hearings and oversight of investigations into waste, fraud and abuse. Barbara also served as Director of the Office of Public Affairs for the U.S. Department of Justice from 2002 through 2003. Following the 9/11 terrorist attacks, Barbara's responsibilities included leading Communications efforts at the Department of Justice, the FBI and other department agencies and coordinating those efforts for the Attorney General and other senior officials as well as coordinating with other Departments such as Homeland Security, Defense and State. During her tenure as Director of Public Affairs, she spearheaded communications for the Department's major challenges including War on Terror investigations, the Washington sniper case, major corporate fraud investigations and judicial confirmation hearings.

Prior to establishing Corallo Comstock with her partner, Mark Corallo, Barbara was a senior partner and principal at Blank Rome, LLP and Blank Rome Government Relations, LLC (2003-2006).

In 2001 the Washington Post noted: "Republicans rave about her effectiveness, but what is striking is that in this time of bitter political partisanship, even some Democrats privately acknowledge the even-keeled Comstock does her work with care."

Barbara currently serves on the Board of Childhelp, a leading national non-profit organization dedicated to helping victims of child abuse, and the Board of Friends of Clemyjontri Park, Virginia's first park where children of all abilities can have a parallel playground experience.

Barbara graduated from Georgetown University Law Center and Middlebury College with a B.A. in Political Science. 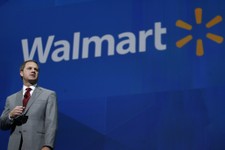