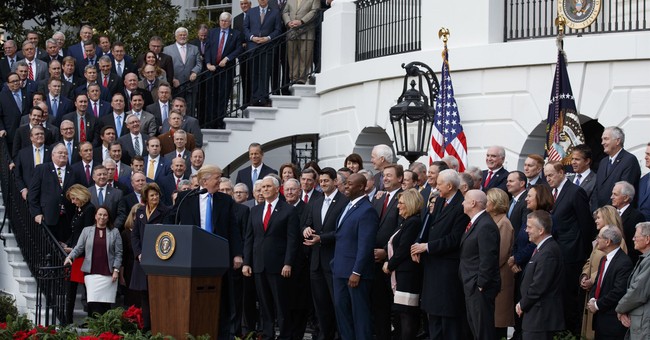 Yet another Republican congressman from the Lone Star State has announced that he will not seek re-election in 2020. This time, Rep. Mac Thornberry of Texas's 13th District told his consituents that he is calling it quits after serving in Congress since 1994.

"It has been a great honor to serve the people of the 13th District of Texas as their congressman for the last 25 years.  They have given me opportunities to serve the nation in ways I could have never imagined, including as Chairman of the House Armed Services Committee," Thornberry said in a press release on Monday.

"We are reminded, however, that 'for everything there is a season,' and I believe that the time has come for a change. Therefore, this is my last term in the U.S. House of Representatives," he added in reference to Ecclesiastes 3:1-8.

In his remarks, he thanked his constituents for the honor of working for them.

"I could not have asked for a better group of employers than the people of the 13th District. Their faith, common sense, and work ethic, along with a deep patriotism and devotion to our country, have encouraged and motivated me to do my best on their behalf," Thornberry said.

"They continue to inspire me with their selfless efforts to make our communities stronger and to lend a hand to our fellow man," the congressman noted. "I can never thank them enough for the honor of representing them in Washington and also for allowing me the privilege of working on behalf of the men and women of our military, who, with their families, are the pride of our nation as they serve us every day."

His latest departure has some calling the wave of retirements "Texodus."

TEXODUS UPDATE — 6 of the 23 House Republicans from Texas are now retiring: