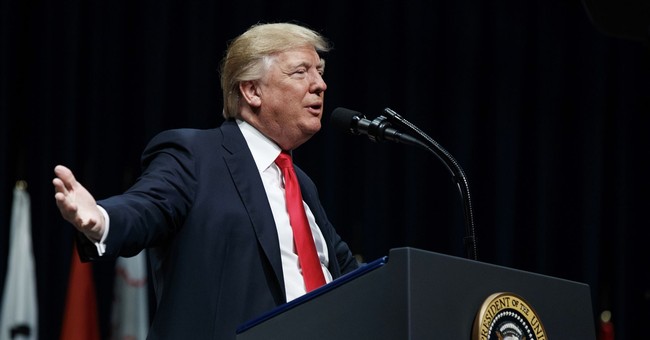 President Donald J. Trump announced his Christmas gift to middle class on Saturday – the GOP tax reform bill that is expected to pass on Tuesday.

Late Friday night, the GOP announced their final version of the bill. More Townhall coverage on the specifics in the bill will come tomorrow and on Monday. But for now, it is important to note that this massive tax bill will be the largest reform in nearly thirty years. Guy has already covered how this bill drastically benefits the middle class, despite liberals’ and the media’s panicked predictions about it.

The data shows that this final version of the bill will still benefit the middle class.

Today, President Trump reiterated that message, telling the media "It's going to be one of the great Christmas gifts to middle-income people. The Democrats have their sound bite, the standard sound bite before they even know what the bill is all about."

The bill is also expected to help bring and keep corporations in the United States by making the U.S. corporate tax rate more competitive. The proposed rate is 21%, down from the current 35%.

To that end, Trump told reporters "This is going to bring money in. As an example, we think $4 trillion is going to be flowing back into the country. That's money that's overseas that's stuck there for years and years."