Colin Kaepernick Donated $25,000 to a Group Named in Honor of Cop-Killer Assata Shakur 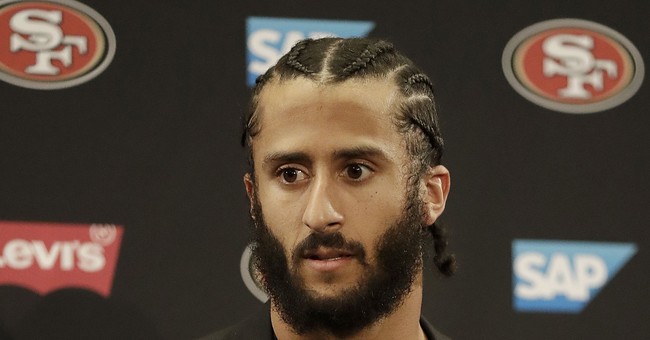 In 1973, Assata Shakur shot and killed New Jersey state trooper Werner Forester during a traffic stop.  Shakur was subsequently arrested and given a life in prison jail sentence, but in 1979 she escaped. Members of the Black Liberation Army, a radical offspring of the Black Panther Party, staged her get away by taking prison guards hostage at gunpoint.

She then fled to communist Cuba where she is living under political asylum, according to reports. Shakur is on the FBI’s most wanted list and is considered armed and dangerous.

Colin Kaepernick made the $25,000 donation to the group named in honor of the cop-killer, "Assata's Daughters,"  as part of his goal to provide $100,000 to underprivileged communities. He designated $2,500 specifically for "Cop Watch," a program that trains volunteers to follow and videotape police officers.

In 2016, Colin Kaepernick sparked a national protest that is supposedly against police brutality by kneeling during the national anthem.

This donation is not the first time Kaepernick has made questionable decisions in his anti-police mission. During a 2016 practice, Kaepernick wore socks depicting police officers as pigs.

The protests in the NFL have led to national debate over the amount of respect or lack thereof towards the flag and the country by taking a knee during the national anthem. Many supporters of his say that Kaepernick began this movement to protest police brutality, and it had nothing to do with dishonoring America.

But, his own words and actions say differently.

In an exclusive interview with NFL.com, Kaepernick made it very clear he is against the flag and the country.

“I am not going to stand up to show pride in a flag for a country that oppresses black people and people of color. To me, this is bigger than football and it would be selfish on my part to look the other way. There are bodies in the street and people getting paid leave and getting away with murder.”

The protests have led to dismal ratings for the NFL and have caused a sharp decline in NFL ticket sales.