U.S. Biotech Funded the Democrats Now Trying to Give Their IP to China 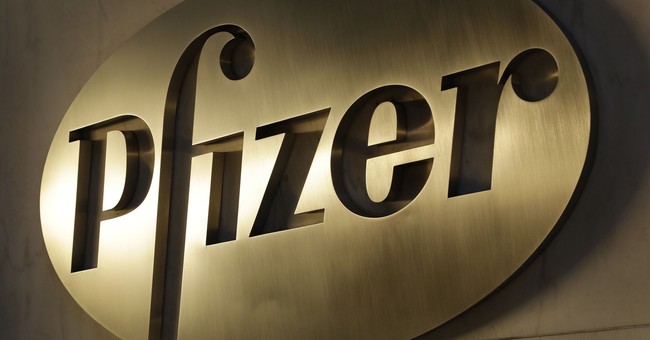 American biotech companies and their related associations continue to express disapproval of the Biden administration's decision to pursue a deal through the World Trade Organization that would remove patent and other intellectual property protections on COVID vaccines and the technology that allowed their development.

Pfizer CEO Albert Bourla said in an open letter that the Biden administration's hope to waive intellectual property rights "could only derail" the progress his company had made, asking "is the proposed waiver going to improve the supply situation or create more problems?"

Despite their handwringing, many of these American companies fretting about what may become of their trade secrets and proprietary processes are getting what their leadership, employees, and political action committees (PACs ) paid for in 2020. Their concerns, while still valid, come after they invested in Democrats running in the last election.

Vaccine manufacturers knew as early as July 2020 that a Biden presidency could seek a deal like the one his administration recently endorsed. Then-candidate Biden said he "absolutely, positively" supported sharing American COVID vaccine technology with other nations, calling it "the only humane thing in the world to do" while on the trail nearly a year ago.

Public campaign contribution records from the 2020 election cycle show that those employed by or involved with companies now facing a government-aided giveaway of the proprietary technology they created were apparently more than happy to support Democrat candidates for federal office.

According to 2020 FEC records compiled by OpenSecrets, members, employees, or owners of the big three American vaccine developers gave to many Democrat candidates for federal office while donating less to Republicans who are now fighting to protect the intellectual property underlying COVID vaccines.

Not for nothing, Moderna leadership said last fall it wouldn't enforce patents on its COVID vaccine—which was developed in partnership with the U.S. government—during the pandemic.

Contributions from individuals at Johnson & Johnson—the manufacturer of the third COVID vaccine granted emergency use authorization by federal authorities—saw 68 percent of contributions go to Democrats and 31 percent go to Republicans. A report also noted that Moderna's vice president donated $2,800 and $1,000 to Biden's campaign and the Democratic Senatorial Campaign Committee, respectively.

As most large companies whose work or products involve heavy government cooperation, biotech companies hedge their bets by giving to both Democrats and Republicans while retaining lobbyists with ties to both parties to seek favorable outcomes and sway in policymaking.

According to a Business Insider report, Pfizer's PAC, which says it "considers candidates' views on issues that impact Pfizer" when choosing candidates to support, mirrors the partisan disparity seen from individual donors connected to vaccine manufacturers:

PACs for both Pfizer and Johnson & Johnson "shifted support toward Democrats between 2016 and 2020," according to a report from the Center for Responsive Politics. This is, at least in part, due to the companies' desire to cozy up with those expected to be in power, even when those seeking power are threatening to undermine their products and intellectual property.

While it's unlikely biotech companies, their leaders, or their employees will learn that Democrats shouldn't be trusted to protect the innovative products they create, the battle playing out over COVID vaccine patents provides an important lesson about the ideology of the Left.

As the Democrats continue to trend toward socialist policies, American companies aren't safe from big government overreach. It's why defending personal and intellectual property rights is important and resisting all-powerful government is a necessity. Deals like the one currently being sought by the Biden administration will disincentivize innovation—why would a company invest billions in research and development if the resulting technology is given for free to the rest of the world?

As Townhall has reported before, the Biden administration's attempt to give away breakthrough American technology—including to hostile nations such as China—won't actually help get more shots in arms around the world.