Millennials Are Walking Away from the Democratic Party 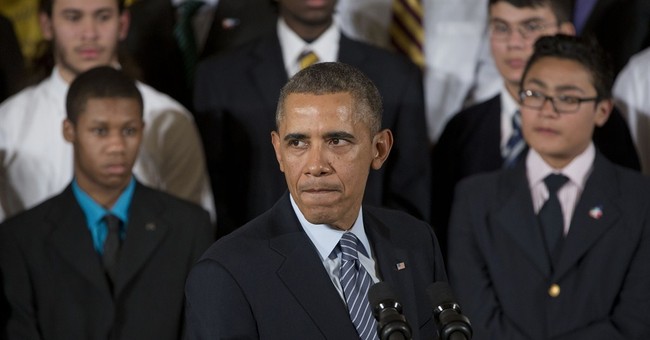 While Republicans are not particularly adept at attracting Millennials, it seems Democrats are not particularly adept at keeping them: only 17 percent identity as Republican while 27 percent identify as Democrat, a Pew Research report found. However, this tech-savvy, debt-burdened, areligious, racially diverse group of 18 to 33-year-olds are on the fast track away from the Democratic party.

As noted by the The Daily Beast:

While the Pew study lends much support to the story that the GOP is struggling with Millennials, far more interesting is the new revelation at just how much the Democrats have struggled with this generation in the last year or two. While Democrats have the edge over the GOP in terms of the number of Millennials identifying with their party, it is actually the Democrats who have seen a larger drop-off among the young in just the last few years. Obama's approval ratings, which at one point were sky-high with Millennials, have come back down to earth since the start of his second term. A majority of Millennials think the government should ensure everyone is covered by health insurance but 54 percent also disapprove of the Affordable Care Act, a result that is exactly in line with other generations’ views.

This is a huge demographic that is essential in the next election. Between Michelle Obama calling my generation “knuckleheads” and Obama being the worst president for youth economic opportunity, the Democratic party is doing a pristine job of warding away well-educated, hard-working, and debt-burdened Americans.

Millennials are also less trusting than previous generations and the Obama Administration has certainly failed its credibility test on multiple fronts.

Perhaps the GOP has been behind the Democratic party on their usage of social media platforms, trendy ads, and late-night comedy show appearances, but they are the party with the lasting principles and working policies. Millennials maybe just needed a little time to see past the Left’s catchy rhetoric.