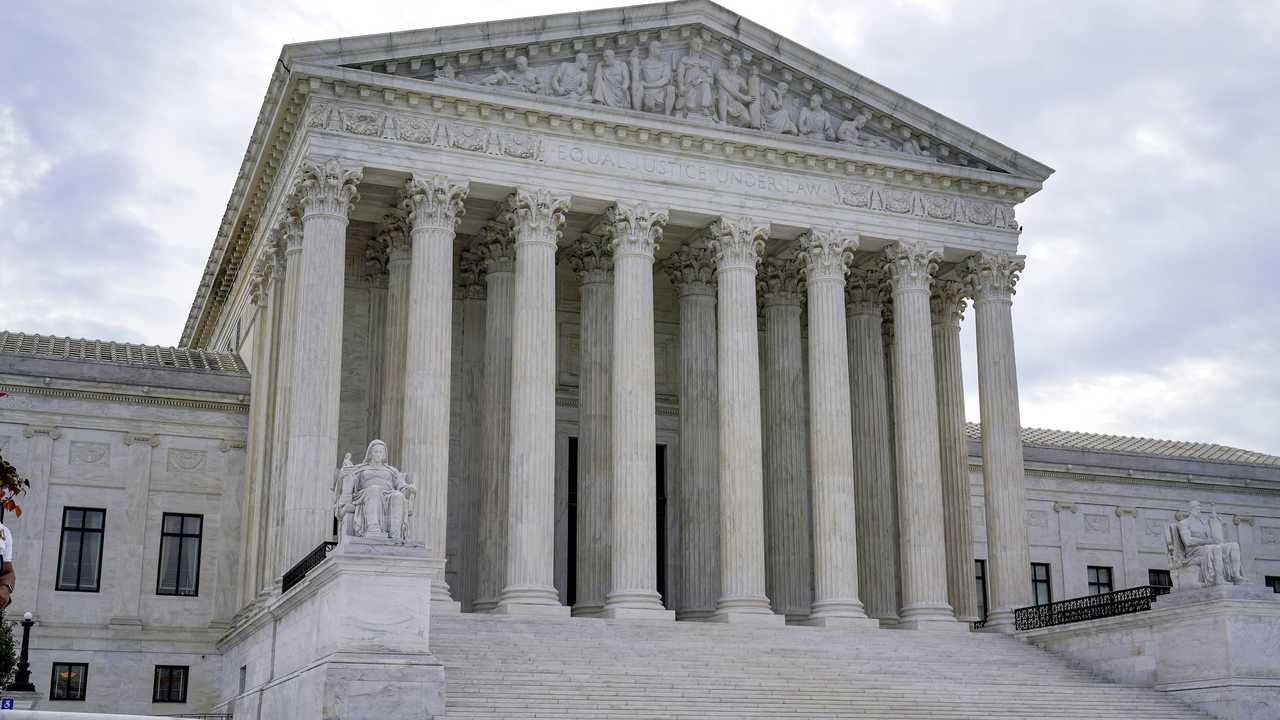 Democrats and their allies in the mainstream media have been seeking to undermine the integrity of the U.S. Supreme Court for some time now, in a variety of ways, though that narrative truly ramped up last year with efforts to pack the courts. The calls for court packing further picked up when it comes to Dobbs v. Jackson, a case to do with the constitutionality of pre-viability abortion bans, when the Court heard oral arguments last December. A draft opinion that was leaked earlier this month showed that the Court is looking to use that case to overturn the 1973 decision of Roe v. Wade, which legalized abortion on demand in all 50 states.

For all of the fear-mongering about such an abortion decision, which will return the issue back to the states, a recently released poll shows that Americans do not want to change the Court. The poll in question, conducted May 13-May 18 by Mason-Dixon, was commissioned by the First Liberty Institute. James Freeman mentioned in his coverage of the poll for The Wall Street Journal that the pollster was awarded an A- rating from FiveThirtyEight.

As Freeman highlighted, take aways include how voters, including Independents, do not want to change the structure of the Court, nor do they want any more leaks.

It's been speculated that the leaker of the draft opinion could have been a liberal law clerk. Regardless, the leak has thrust the pro-abortion movement into protesting not only at the Supreme Court, but at the homes of conservative justices. They've also interrupted church services and committed acts of violence and vandalism against pro-life organizations. The Biden administration has been slow to act, even saying they "encourage" protests.

Townhall received a copy of the polling results from First Liberty, which involved 1,100 voters who were contacted via telephone and had a margin of error of plus or minus 3 percentage points.

Voters were asked about topics of court packing, the filibuster, and the leak.

They were asked about whether they supported or opposed ending the filibuster in the Senate, including through one question that explained some information about its purpose. "The filibuster requires that 60 Senators must vote for a bill before it can come to the floor of the Senate for a final vote. It is designed as a check on the power of the U.S. House of Representatives, which can move legislation through very quickly with simple majority votes. The filibuster is designed to slow the process so that there is more debate and that final approval of a law has some level of bi-partisan support. Based on this information, do you support or oppose ending the filibuster in the Senate?," the question read.

When provided with that information, 40 percent of overall voters said they supported ending the filibuster, while 52 percent opposed ending it. The only demographics in support of ending it included the 76 percent of Democrats and the 48 percent of those under 50, a plurality of the age group.

"Do you support or oppose amending the U.S. Constitution to change the structure of the U.S. Supreme Court," one question asked. Overall, nearly two-thirds of voters, at 64 percent were opposed, while just 26 percent supported such an amendment. It couldn't even get a majority of support from Democrats. Rather a mere plurality, at 45 percent, supported this.

The next question moved onto court packing in greater detail. "For over 150 years, the United States Supreme Court has had nine justices. “Court-packing” is generally defined as increasing the number of Supreme Court seats, primarily to alter the ideological balance of the court," the question read, before voters were asked if they supported or opposed court-packing.

"Within the last two weeks, a draft opinion being circulated regarding a major case before the U.S. Supreme Court was leaked to the media, something that has never happened before in the history of the country. Do you approve or disapprove of the leaking of this Supreme Court document?," one of the last questions asked.

A majority of all demographics, even the 58 percent of Democrats, said they disapproved of the leak. Overall, voters disapproved by 73-19 percent.

Freeman added a note about in his coverage addressing the leak. "Although it might be hard to believe when perusing much of U.S. media, there remains a large number of Americans who value the Court and its traditions," Freeman he wrote.

The last question asked voters about if their view of the Court had changed. A plurality, at 48 percent, said it did not. Democrats were, once again, an outlier in that 69 percent of them said that they had a less favorable opinion of the Court now, while 29 percent there was no change.

For each question, a majority of Independents sided with Republicans in their responses.

What makes the poll so worthwhile, besides its brevity and fully explained questions, is that there is an even split among political party. Independents accounted for 35 percent, while Democrats accounted for 33 percent and Republicans for 32 percent.

When it comes to numerous polls showing how the image of the Court has changed, Jeremy Dys, an attorney for First Liberty, offered a statement for Townhall.

"It shouldn’t be surprising that the support among Americans for our Supreme Court has dropped in recent years.  Upset about decisions by the court—like saying a WWI veterans memorial in the shape of a cross can stay on public property and recognizing that parents can use public dollars to send their kids to religious schools—that go against their political ideology, the left has been demanding change for years," he said, speaking about previous decisions.

Dys also commented on efforts on court packing as well. "The loudest members of his own party forced President Biden to create a Presidential Commission to study what changes should be made to it (none have been made so far).  And then we have the leak which 73% of Americans strongly disapprove of because it is yet one more symptom of the loss of trust within our social compact.  What Americans are reacting to is less the merits of any one decision by the Supreme Court and the incessant politicization of the one institution that, until recently, reliably charted our course of freedom."

First Liberty has conducted numerous polls on court packing since such legislation was introduced in April of last year. As their polls show, though, court packing is not only radical, but it is unpopular, even among fellow Democrats.