Yet Another Staffer in Vice President Kamala Harris' Office is Leaving 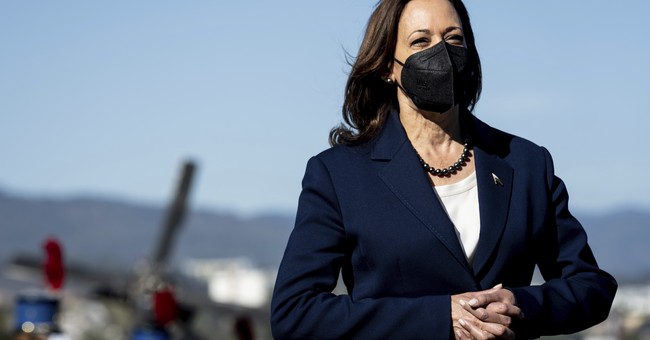 The second year of the Biden-Harris administration is continuing to go poorly for Vice President Kamala Harris. As Timothy H.J. Nerozzi reported for Fox News that yet another key staffer is leaving the office. In this case, it's Kate Childs Graham, who is Harris' chief speechwriter. She'll be leaving at the end of this month, which is just four weeks long.

Nerozzi cited "sources" about the departure, and also included a statement from a White House official.

"Kate is leaving the office, but not the family. The vice president is grateful for her service to the administration," the official said. "We are excited for her next step."

Graham is only the latest of many staffers to leave Harris' office. She's not even the first announced departure this year. Last month, Vincent Evans, who served as the vice president's deputy director of public engagement and intergovernmental affairs, issued a statement about leaving.

Other high profile staffers announced at the end of last year that they were also leaving. In November, it was Communications Director Ashley Etienne. In December it was Symone Sanders, a senior advisor and chief spokesperson, as well as Peter Velz, director of press operations.

Mark Meadows, the former White House Chief of Staff, spoke about the departures on Newsmax's "Eric Bolling: The Balance."

"What you're hearing consistently is that there's almost anywhere else that Democrat staffers would like to work other than the vice president's office, and so you'll find them actually scurrying to other agencies very, very quickly, and this is not the end of the mass exodus that we've already seen," Meadows said.

"What we're seeing is that they're bailing out. They're essentially saying, Who do we find that may be the next person in the Democrat side of the aisle there is going to be elevated? And everybody in Washington, D.C., agrees that it's not Kamala," he also shared.

Meadows also brought up how Harris has yet to achieve a win. "This is just a tough environment, but it makes it tougher in that Kamala Harris is still searching for a win and we're almost 13 months into this administration," he said.

President Joe Biden has assigned her multiple tasks. Just last week he assigned her the task of helping to pick his nominee to replace Justice Stephen Breyer, who announced he was retiring from the U.S. Supreme Court. Biden has doubled down on his campaign promise to select a Black woman for the Court.

The White House has also had to fend off reports that it's a particularly toxic and abusive work environment. The reports cited anonymous staffers, which means one should take such comments with a grain of salt, but have circulated since last summer, and haven't let up since.

Even typically friendly outlets, such as CNN and The Washington Post, have covered how poorly things are going for the vice president, leading to some pretty obvious and desperate damage control.