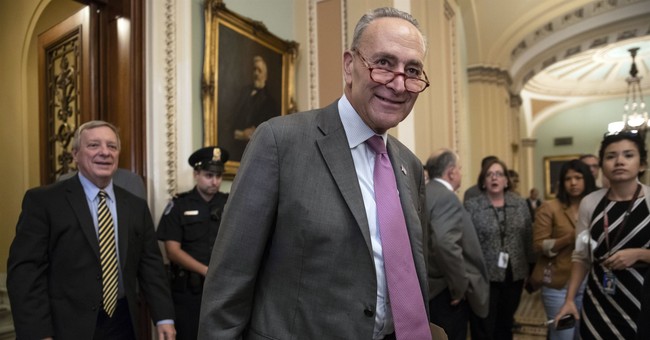 Sen. Rick Scott (R-FL) has been hard at work educating his constituents about the risks of government spending and inflation, and encouraging his fellow senators to do the same. On Wednesday night, however, Democrats defeated his proposal for a rules change which requires bills passed by Senate committees to include inflationary impact statements for the sake of transparency.

Tonight, Democrats blocked my simple proposal to provide transparency about how government spending impacts inflation - saying it would be "too much work" for the government.

This is exactly why Americans are fed up with Washington. pic.twitter.com/AEX49nkFQ0

In sharing concerns his constituents have with inflation, the senator also reminded his colleagues that "inflation is a tax, a tax that hurts our families on low and fixed incomes the most."

Scott likened raising the debt ceiling to raising the limit on your credit card each month, with no plan to pay it off. "It's irresponsible and it's no way to operate," the senator said. "You would never run your business or family the way Washington runs. It's wasteful and dysfunctional."

"Too many in Washington believe the lie that inflation is impossible, debt doesn't matter, and spending has no consequences," which is why, Scott said, his rule change is so necessary.

Scott's request for unanimous consent was objected to by Senate Majority Whip Dick Durbin (D-IL) on account of how it would be "too much work" for the Senate.

As a July 28 press release from Scott's office shared that Rep. Jim Banks (R-IN) had introduced a companion bill in the House.

Rep. Banks is also the chair of the Republican Study Committee (RSC), which frequently raises awareness about inflation, including through their own proposed budget.

Sen. Scott and the RSC have come out heavily against the $1.2 trillion infrastructure bill, which, although supposedly bipartisan, includes many liberal proposals.

Planning a cookout this year? Ketchup on the news. According to the Farm Bureau, the cost of a 4th of July BBQ is down from last year. It’s a fact you must-hear(d). Hot dog, the Biden economic plan is working. And that’s something we can all relish. pic.twitter.com/7h9qLauIbC

Over the 4th of July weekend the White House was mocked for a tweet celebrating the claim that Americans saved 16 cents on popular cookout items this year, even though, as Spencer highlighted, it looked to be the most expensive Independence Day in years thanks to inflation.