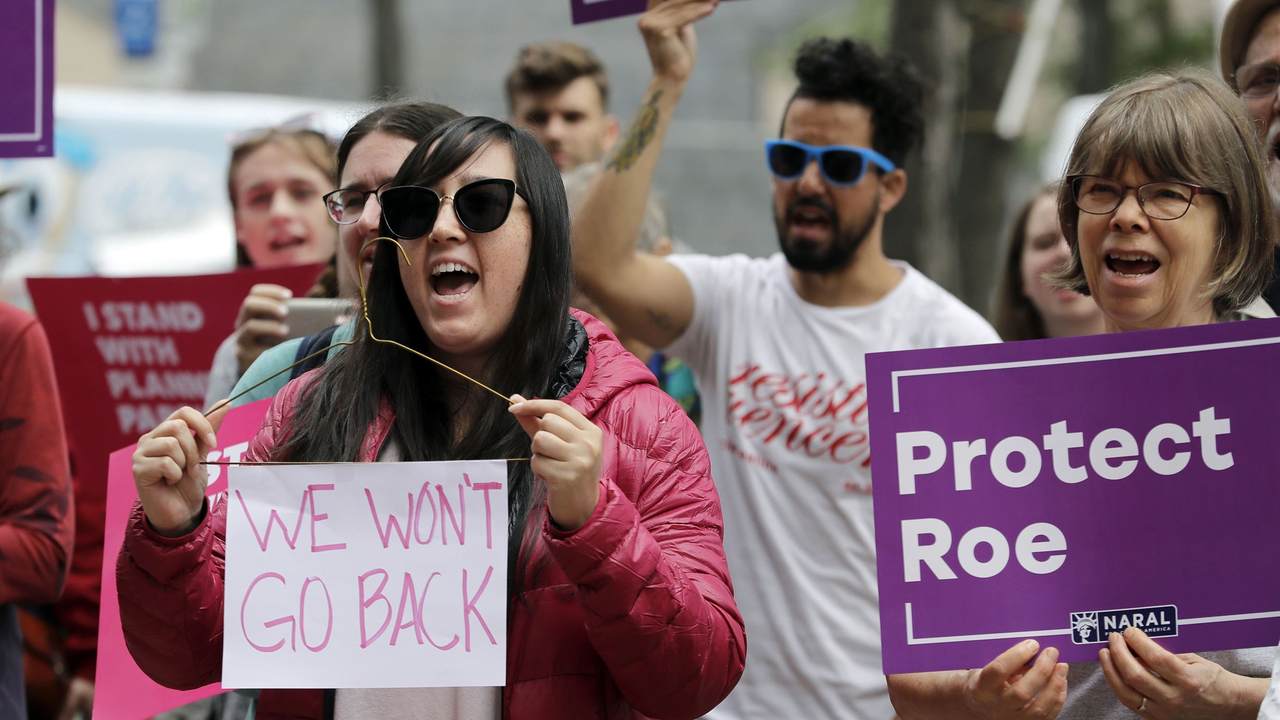 Unfortunately, everything pro-life Americans were worried about when it came to the Biden-Harris administration has come true, will come true, or will likely come true. This administration is even more pro-abortion than the Obama-Biden administration. By Biden's first 100 days in office, his administration had funded abortion more than 19 times the Obama levels. There's plenty more to say, but this is just a glimpse. Yet Lisa Lerer with The New York Times still mentions that "Biden’s Silence on Abortion Rights at a Key Moment Worries Liberals."

Lerer's report came out on Thursday, the day before the details of Biden's $6 trillion budget proposal were announced. As I highlighted on Friday, the proposal does not contain Hyde Amendment language, which has protected American taxpayers from having to fund elective abortions. It's passed every year since 1976, and it's always been bipartisan.

To call such people "liberals" isn't even accurate. Try "abortion activists." Actually, "abortion radicals" is probably the best way to describe them.

It's not merely these "liberals," Lerer cites, but her own reporting. Readers are subject to such gems:

Many activists fear that Mr. Biden’s personal discomfort with the issue is keeping him from leading the Democratic Party into a more offensive position on abortion rights, both through more aggressive policymaking and leveraging the agenda-setting power of the presidency.

The disagreement within the party over priorities is particularly acute on abortion rights, a core part of Democrats’ pitch to the suburban and Black women who helped lift Mr. Biden into office. Planned Parenthood and other reproductive rights organizations poured tens of millions of dollars into Mr. Biden’s campaign, a recognition of the damage the Trump administration and Republican control of Congress caused to their movement.

No matter what approach Mr. Biden takes to expanding abortion rights, his administration will be starting from behind. Access to abortion is more vulnerable than it has been since the constitutional right was won in Roe, in part because of the work of social conservatives who spent years methodically rallying the millions who oppose abortion rights from statehouses to Washington.

Many in the reproductive rights community believe Mr. Biden must expand his agenda, adopting ideas from the Democratic primary like a federal preclearance requirement for state abortion laws; banning targeted regulations of abortion providers that make it harder for clinics to remain open; making the drugs misoprostol and mifepristone, which induce abortions, available around the country; and nominating only judges who support abortion rights, an explicit pledge Democrats have long avoided.

The situation is really not as Lerer paints it to be. To say she is engaging in fear mongering is putting it politely. It is true that the pro-life movement celebrates the record-breaking amount of pro-life laws considered at the state level, while the abortion movement freaks out. But what Lerer doesn't say, and in fact misleads her readers on, when she quotes figures who use words like "crisis," is that the United States is one of just seven nations which allows for elective abortions past 20-weeks.

Thanks to Roe v. Wade and its companion case of Doe v. Bolton, abortion was legalized on demand throughout all 50 states in 1973. Since then, states have had to operate under strict confines of what pro-life laws the U.S. Supreme Court will allow.

It's laughable to think that a pro-abortion administration is "starting from behind." Even if Roe were to be overturned, individual states would be able to decide their own abortion laws. Lerer only focuses on 22 states which will make abortion illegal, so as to freak out her readers. What she does not mention is that, according to the Guttmacher Institute, "14 states and the District of Columbia have laws that protect the right to abortion."

And that is even if the administration lets states pass pro-life legislation. As Lerer acknowledges, the Biden-Harris administration wants to codify Roe, so that it will remain the law of the land no matter what the Supreme Court says.

Worse, though, is that Harris also indicated during the campaign trail that she would sic the Department of Justice on pro-life states.

The situation is abysmal at the federal level.

For Lerer to tell readers that "Ms. Harris, once fairly outspoken on the issue, has made no notable remarks on it since taking office," is another non-issue. Not only has the vice president indicated she would go after pro-life states and pro-life laws, she had an extreme pro-abortion record.

As a senator, Harris voted against a federal abortion ban on abortions past 20-weeks, and even to protect babies born alive from failed abortion procedures.

But there's another reason why Lerer claims and quotes President Biden isn't pro-abortion enough. Stop us if you haven't heard this one before. He's Catholic. Like super Catholic, even when the Catholic Church explicitly condemns abortion, and thus Biden as a public figure who is publicly Catholic who publicly supports abortion is creating a grave scandal.

Here's what Lerer has to add:

Still, abortion rights are particularly challenging personal terrain for Mr. Biden, an observant Catholic who underwent a decades-long conversion to the cause. Some conservative American bishops have called for Mr. Biden, the country’s second Catholic president, to be denied communion because of his support for abortion rights, a move the Vatican warned against this month.

“If one were to look at him as a Catholic and his attendance at Mass and the way he looks at life and death and everything else, culturally he’s like 1,000 percent Catholic,” said Jo Renee Formicola, a professor of political science at Seton Hall University who studies the relationship between the Catholic Church and American lawmakers. “He’s very, very Catholic, but when it comes to being political, he’s much more pragmatic than Catholic.”

That Biden prayers and attends Mass regularly may be nice for him personally, but that's not all what goes into being "an observant Catholic."

It's also not just "Some conservative American bishops," but bishops led by Archbishop Joseph Naumann, who was elected by fellow bishops to be the chairman of the U.S. Conference of Catholic Bishops’ (USCCB) Committee on Pro-Life Activities. The USCCB will be meeting in the coming months to discuss how to approach pro-abortion Catholic politicians who seek communion.

And, it's far too simplistic to summarize the issue as "a move the Vatican warned against this month." What the Vatican urged is for the bishops deciding this to take their time, not rush into the decision, and to focus on unity.

Professor Formicola is an embarrassment to anyone who claims to "stud[y] the relationship between the Catholic Church and American lawmakers." When she says "he's much more pragmatic than Catholic," the professor has found a polite way of saying that the president has chosen his sticking by his political party rather than his faith.

Gone are the days when the Democratic Party advocated for abortion to be "safe, legal, and rare," long gone.