Biden Finally Admits the Border is Experiencing a 'Crisis.' 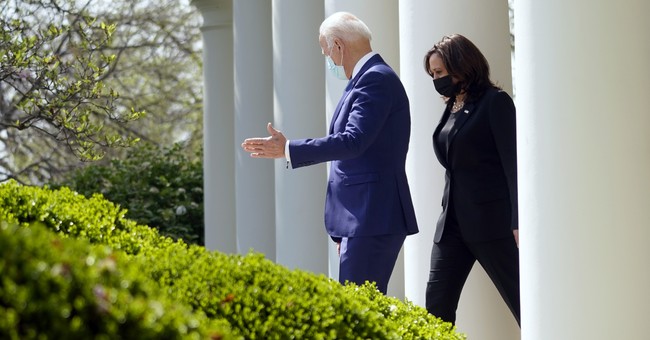 It took him long enough, but President Joe Biden finally admitted that what is going on at the border is "a crisis." As Ryan Saavedra of the Daily Wire reported, the president used the term after playing gold in Delaware, according to White House correspondents.

After months of lying to the American people Biden strolls off the golf course and admits that the situation at our southern border is a crisis. He still refuses to visit the border. pic.twitter.com/srCLnEeVzu

For all the debate on language, the president himself used the word “crisis” to describe the situation at the border https://t.co/q4ul4crzlh

Biden on refugee cap (and refers to the situation at the border as a “crisis”): “The problem was that the refugee part was working on the crisis that ended up on the border with young people and we couldn’t do two things at once. And now we’re going to increase the numbers.”

As one can tell from the tweets, President Biden's statements came in the context of discussing the refugee numbers. Initially, the refugee caps were going to remain the same from the Trump administration, but Biden quickly caved after pressure from the left, and has vowed to increase them.

When it took the administration this long to refer to the crisis for what it is, they can't expect any kind of congratulations. This situation was getting increasingly impossible to deny. Poll numbers were also not on the side of the administration.

I reported last month on an ABC poll which found 54 percent of respondents said it was a crisis what was happening at the border. The poll also found 57 percent disapproved of Biden's handling of the "situation with migrants and unaccompanied children showing up at the US-Mexican border."

Also last month, a poll from Hill-HarrisX showed 76 percent of registered voters said the situation at the border was "a crisis that needs to be addressed immediately."

A poll released April 5 from the Associated Press-NORC Center for Public Affairs Research found that a majority of Americans disapprove of Biden's handling of "Border Security" and "Immigration," at 55 and 56 percent, respectively. These issues were also among the lowest ranking with Democrats.

On Friday, Leah reported on results from the Pew Research Center, which indicates 48 percent of respondents say illegal immigration is "a very big problem," up 20 points from last June when it was at 28 percent.

Republican Govs. Doug Ducey (AZ) and Greg Abbott (TX) penned an op-ed on Wednesday for the Washington Post, "Arizona and Texas Governors: The border crisis in our states was created by the Biden administration."

Last week, Rep. Andy Biggs (R-AZ) wrote a column for Townhall, "Biden's Border Crisis Is Coming to a Neighborhood Near You."

Sen. Jim Inhofe (R-OK) wrote for the Tulsa World last month that "The U.S. border is in crisis. It's President Joe Biden's fault."

Foreign leaders have criticized Biden as well, as the New York Post reported.

Mexican President Andrés Manuel López Obrador last month said "Expectations were created that with the government of President Biden there would be a better treatment of migrants. And this has caused Central American migrants, and also from our country, wanting to cross the border thinking that it is easier to do so."

On Tuesday, Guatemalan President Alejandro Giammattei told MSNBC that the messages from the Biden administration on immigration were "confusing" when it comes to the way they were translated here."

Last month, Vice President Kamala Harris was tasked by Biden to examine why migrants were coming over Mexico, El Salvador, Guatemala, and Honduras in such large numbers, a move which was met with heavy criticism. While she has made trips to those countries, she has not yet been to the border.

Yet she has plenty of time to make a Guatemala and Mexico stop. https://t.co/vxNdlMhMJl