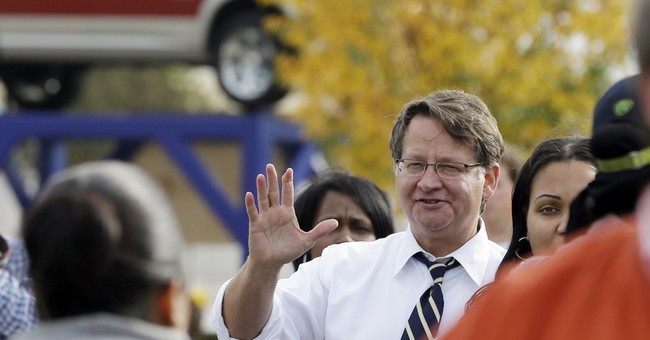 Senate Majority PAC’s last-minute ad is aimed at Republicans’ stances on the Affordable Care Act (ACA) but uses a selectively edited clip of James’ answer to a question on health care. The clip used in the ad was previously amplified by Democrat operatives without the full context; the ad gives the impression that James did not answer the question on health care, eliminating his clearly articulated response.

Remember when they blew up a deceptively edited clip of clip of @JohnJamesMI on health care? And Dem activists spread it to millions bc Twitter wouldn't label it?

Schumer's PAC made that lie.. into their closing TV ad

These are the desperate tactics used to prop up career politician Gary Peters pic.twitter.com/f0K6oEYJan

James’ full answer affirms his commitment to protecting coverage for preexisting conditions, as he has advocated for since his first run for Senate in 2018. He correctly points out that the ACA is not actually affordable for the majority of Americans and pushes for more choice in the healthcare market.

Threatened by James’ impressive campaign and ability to connect with voters, Democrats will stop at nothing to drag a vulnerable Sen. Peters over the finish line on Tuesday. Hoping for an upset victory, multiple GOP groups are spending late in support of James as polls show a tight race in the final days of the campaign.