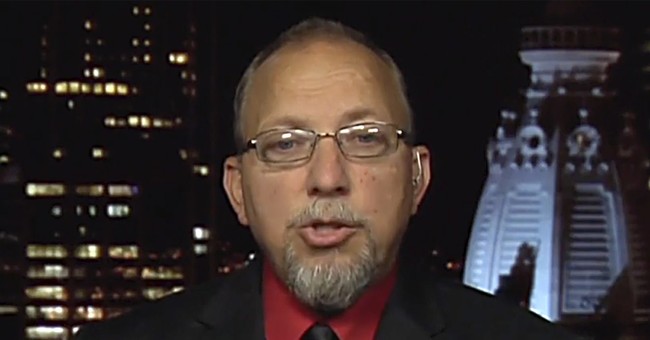 Saying Tuesday was a great day for the Republican Party would be an understatement. For the first time since 2009, Republicans won not just one statewide election in a state President Joe Biden carried by 10 points over former President Trump just last year, but three, sweeping the governor, lieutenant governor, and attorney general races in Virginia, setting up the narrative that a Red Tsunami is coming in the November 2022 midterms and that the GOP will retake control of the U.S. House and Senate.

Virginia voters sided with Republican Gubernatorial candidate Glenn Youngkin over his Democratic opponent, Clintonite and former Virginia Governor Terry McAuliffe. Virginians also elected Winsome Sears to be the state's next lieutenant governor, making her the first woman elected to the position as well as the first Black woman and naturalized citizen to be elected statewide. To complete the trifecta, Republican Jason Miyares defeated incumbent Democratic Attorney General Mark Herring, who had a blackface scandal of his own in 2019, to become the first Latino attorney general in the state's history.

Just a few states to the north, Republican Gubernatorial candidate Jack Ciattarelli gave New Jersey Democratic Governor Phil Murphy a run for his money, keeping the race closer than any media pundit predicted. Though Gov. Murphy has declared he has won his re-election bid, Ciattarelli has yet to concede.

But as Leah reported yesterday, the most "incredible election win" for Republicans didn't come in Virginia. It came in New Jersey District 3, where Republican truck driver Edward Durr unseated Democratic State Senator Steve Sweeney, who has served as the New Jersey Senate president since 2010.

The reaction to Durr's win was shock.

How could a truck driver with no political experience, who shot a campaign video on his iPhone and spent only a fraction that his opponent did, unseat a long-time politician like Sweeney?

The simple answer could be that Sweeney got too comfortable and that New Jerseyans in his district had had enough with the status quo.

After his upset victory, Durr joined Rachel Campos-Duffy on "Fox News Primetime" and was asked about his plans for when he entered the state capitol in Trenton.

NJ truck driver Edward Durr, just elected as GOP State Senator, when asked what he will do when he gets to Trenton: “I really don’t know. That’s the key factor. I don’t know what I don’t know. So, I will learn what I need to know.” pic.twitter.com/hDDnK7Gj5G

An honest answer. How refreshing.

Durr has become a viral sensation, but at least one person is mocking his reason for running, as well as his lack of political experience.

So, the guy who defeated the NJ Senate president ran because he was denied a concealed carry permit.
I'm sure this will all go very well and produce a fine, informed legislator.

How dare an American citizen, after recognizing a problem, run for office!

It should go without saying that having political experience and knowing everything about every political issue is not a requirement to run for elected office. In fact, the American people don't necessarily elect politicians expecting them to know everything on day one. Voters elect their fellow Americans to represent them, and it's up to the elected official to find a way to fulfill the needs of their constituents, learn the issues, and tackle them.

The U.S. Congress and state legislatures across the country are full of politicians with experience and the "required" knowledge to carry out their jobs, but as the nation has seen since its founding, that doesn't always translate to progress and getting things done.

Even President Joe Biden, who has spent nearly five decades in political office, doesn't have a single significant legislative achievement that has bettered the nation.

The president has touted his foreign policy experience, yet has been on the wrong side of every major foreign policy issue, and the American people saw his disastrous foreign policy "leadership" in action with the U.S. military's shambolic and deadly withdrawal from Afghanistan.

Durr is no politician, and maybe that's a good thing. Maybe it's time for more "normals" to start replacing the established elites.

An "absolute nobody" who's "just a simple guy" will now be a state senator. Clearly, Durr's future constituents believe he's up to the task.