So, What Do Never Trump Republicans Do Now That We Told Them to Screw Off? 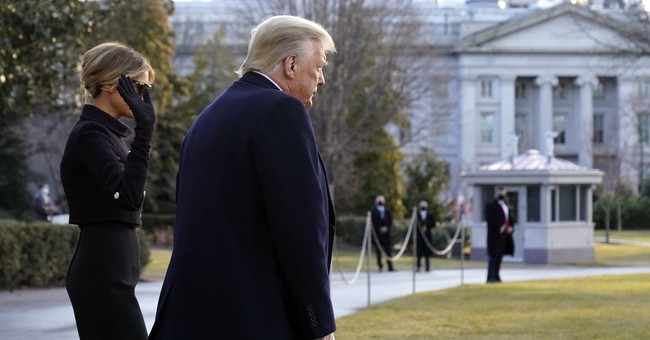 The 2020 election is over. Donald Trump is no longer president. And the Never Trump wing took a victory lap. They can sleep soundly knowing that they saved our country from the grips of Trumpism. That they stood for principle. That they conserved conservatism. And you do all of that by…becoming prostitutes for the Democrats. The genius of the Democratic Party is that they know conservatives adhere to principle like a barnacle and will go down with the burning ship, despite plentiful lifeboats in the surrounding area. Trumpism was the lifeboat. The rising waters was that of populism. We caught a glimpse of this moment in 2010 with the Tea Party wave. It rose like a giant in 2016 with Trump’s upset win. And it’s here to stay. It recently crashed into Wall Street, where billionaire hedge funds lost mountains of cash on the GameStop surge. They only prevailed after the elite cried foul and trading apps actually prevented users from buying more stock. It’s simple. Normal people were making money and the fat cats freaked out. Anyways, I digress.

If these Never Trump clowns think we’re just going back to the Kasich-Ryan-Romney days, they’re delusional. We’re through with those losers. Done. Even members of the most vocal anti-Trump group said that there really isn’t a market for them anymore. Politico had a piece about this last December:

After beating Trump and creating a permission structure for some GOP voters to back Biden, the task now, they said, is to turn back Republicans’ embrace of authoritarianism and transform their party in the process. But ask each of the never-Trump leaders what that means, and you get a different answer from each of them.

They admit the task ahead is daunting — they’re vastly outnumbered in a party dominated by Trump even after his defeat.

“The reality is, is there a market for an anti-Trump Republican Party now?” said Stuart Stevens, a longtime Republican operative and member of the anti-Trump Lincoln Project. “I would say no.”

Just keeping the coalition that elected Biden together “will be a challenge in and of itself,” said Evan McMullin, who mounted a conservative third-party presidential bid in 2016. Moving forward, the movement has to “bring more Republicans on to our side of this fight.”

Some said they intend to shield Republican lawmakers who stand up to Trump. Others floated forming a third party. And still others want to direct their energies toward rebuilding trust in government and using Trump’s ouster as momentum for reforms on government ethics, taking a page from the post-Watergate playbook.

What a cast of characters we have here. Former Jeb Bush folks, McMullin—the only reason why these people are still around is that they sold themselves to Democrats. Conserving conservatism is done best by allying yourself…with the very people who want to throw you into a BBQ pit. I will never get the Republicans who voted for Hillary Clinton in 2016. The same goes for the weak, spineless idiots on the GOP side who backed Biden. They don’t like Trump’s personality. Fine, would you like a side of joblessness with that doltishness. That’s what’s coming down the turnpike, folks. Seriously, on what issue did you think Biden was willing to work with conservative Republicans that had any significance. One that would shock us into saying, “wow, he’s really getting behind that policy that we’ve championed for years.” Nothing. There was already near-zero hope of that from the get-go. Now, with dictator Biden’s executive order orgy, that’s as dead as Sonny Corleone on the Long Island Expressway.

Look, I’m not saying you couldn’t vote for Biden, but please shut the hell up when it comes to the debate about what conservatives should do under a Biden administration. And yes, we'll call you idiots until the day you die. You all sold out. You all got played. And the tragicomic aspect about all of this is that anyone who isn’t Simple Jack could see it.

Here’s the thing, Never Trumpers. You’re all horrible people. You’re making enemies lists compiled of former Trump administration officials because that’s not characteristically authoritarian at all, right? Your main hub appears to be co-founded by someone who is facing serious sexual misconduct allegations, predatory allegations to be exact, and most have already left the GOP anyway. We the Republican Party liked the lower taxes, the millions of jobs created, no wars, the Middle East peace agreements, the cutting of red tape, the reshaping of the judiciary, and the solidification of a conservative majority on the Supreme Court under Trump.

It’s why almost half of the GOP want Trump to be a major factor in shaping the party’s future—that number bolstered by GOP women. Sixty-four percent of Republican voters would bolt for a new Trump-led political party, so you already see his grip on the party. The GOP is Trump now. Deal with it. You've already lost. He's brought more people into the party. Over 74 million voted for him in 2020, the most of any incumbent president ever.  There are more of us than there are of you.