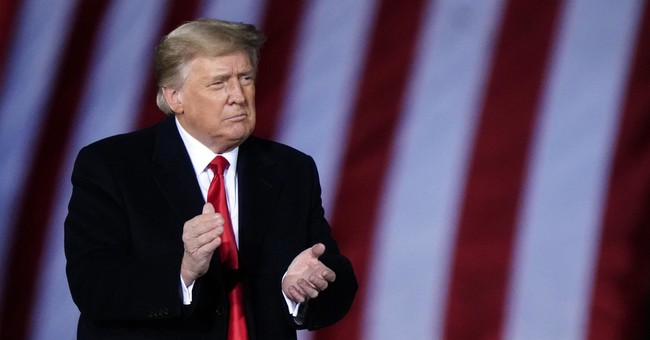 The anti-Trump Lincoln Project is getting busy compiling what could only be described as a political enemies list. Stuart Stevens, an adviser to the group, recently tweeted “we are constructing a database of Trump officials and staff that will detail their roles in the Trump administration & track where they are now. No personal info, only professional. But they will be held accountable & not allowed to pretend they were not involved.”

Yeah, that’s not creepy at all. The thirst for political vengeance will be overwhelming in the coming days. The Biden administration hasn’t even begun, and we have their allies compiling lists for harassment. It will undoubtedly bleed into the personal. You know left-wing activists will find these people. And for what crime? Because they served their country? Because they worked for a person with whom you disagree with? That’s the baseline? That’s not political activism; that’s authoritarianism. They accused Trump of being a thug, only to act in the same manner. Look, just be honest with what you’re doing, but to think that this is an act of patriotism is delusional.

Then again, this might be all moot as the Lincoln Project is facing some serious allegations directed toward one of their top people, John Weaver.  Look, this isn’t a Harvey Weinstein-like scandal, not by a long shot—but being accused of offering young men jobs in exchange for sex doesn’t usually sit well. Yes, there’s a rape accusation, but again, until we get more on these allegations—they’re just that. Sister Toldjah has more over at RedState, but it looks like people are coming out of the woodwork:

Political writer/book author Ryan Girdusky saw Stevens’ tweet, and in response alleged that a founding member of the Lincoln Project “groomed young men” and “offered jobs” to them “in exchange for sex

The “founding member of the Lincoln Project” Girdusky is referring to is John Weaver.

After Girdusky’s tweets – and Donald Trump Jr’s retweeting of some of them, it was like the floodgates opened as young men stepped forward to talk about their (alleged) creepy experiences with Weaver

The member followed me on twitter briefly and a few young men started sending me screenshots and telling what happened to them. Grooming is really disgusting and he was especially sloppy.

John Weaver DM'ed and followed virtually every young gay on this site.

Even I was reached out to on an old account, but not sexually.

One of my friends has even shared with me that John Weaver raped him years ago.

It's incredible how open of a secret this is but no reporting. https://t.co/a04wmyZDR8

I don't owe you guys anything but here. pic.twitter.com/qFlkUtxelX

My DMs are open if you want to anonymously tell me your story. I hope people can still understand that some things aren't about politics.

For those asking why speaking up about this now: There are others, including some who reached out to me in recent days. Many many many many others, some afraid to say anything.

People are coming forward to allege Lincoln Project co-founder John Weaver is a sexual predator who has preyed on young men. What do @stuartpstevens, @TheRickWilson and @gtconway3d have to say about that? After all, they are very concerned with public morality and decency. https://t.co/VegIVBQoXZ