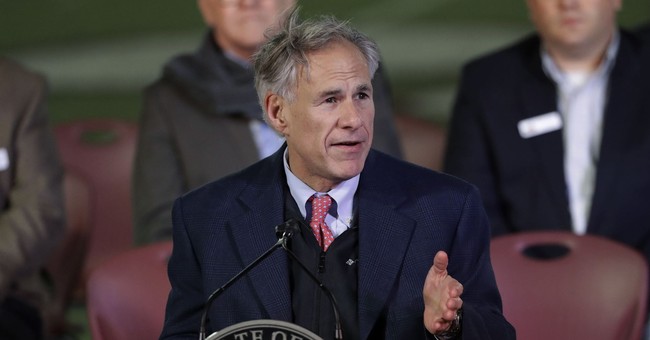 Last February, Texas Republican Gov. Greg Abbott declared war on sanctuary cities. The law not only bars funding to cities who refuse to comply with the new directive, but the governor’s office was looking into ways on how to remove an elected officeholder who refused to comply with the law. That would be the elected sheriffs of the state. In August of 2017, a federal judge blocked most of the law. Now, as we’ve entered March, the courts have handed down their decision: the new anti-sanctuary city law can be implemented (via NBC Dallas-Fort Worth):

A federal appeals court Tuesday upheld the bulk of Texas' crackdown on "sanctuary cities" in a victory for the Trump administration as part of its aggressive fight against measures seen as protecting immigrants who are in the U.S. illegally.

The ruling by a three-judge panel of the 5th U.S. Circuit Court of Appeals in New Orleans allows Texas to enforce what critics call the toughest state-level immigration measure since Arizona passed what critics called a "Show Me Your Papers" law in 2010.

The law allows police officers to ask people during routine stops whether they're in the U.S. legally and threatens sheriffs with jail time for not cooperating with federal immigration authorities.

Under the Texas law, local authorities who fail to honor federal requests to hold people jailed on offenses that aren't immigration related for possible deportation can be fined. Police chiefs, sheriffs and constables could also now face removal from office and even criminal charges for failing to comply with such federal "detainer" requests.

While this is a great legal victory for law enforcement and immigration law, the battle to protect and enforce border security continues.