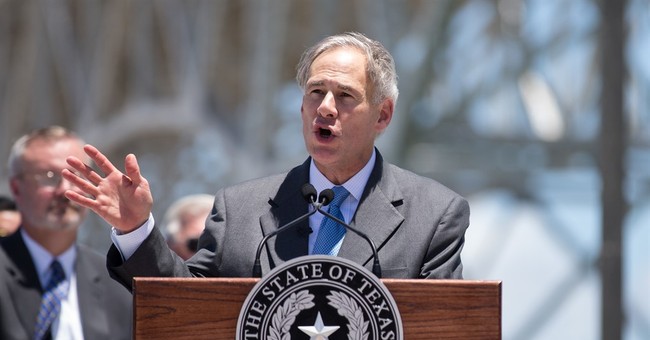 Texas Gov. Greg Abbott announced that he’s declaring war on sanctuary cities in the state. He made his intentions clear in his State of the State address Tuesday. The first city to refuse to comply with the new directive both from Gov. Abbott and the executive order signed by President Donald Trump is Austin. As a result, Abbott has blocked $1.5 million in grant money to the city since current Sheriff Sally Hernandez said that they would only cooperate with Immigration and Customs Enforcement for illegals caught committing murder, human trafficking, and sexual assault (via AP):

The move begins a crackdown Abbott wants in Texas over criminal suspects who are in the country illegally, which comes as he pushes to sign new laws that could go even further than President Donald Trump's new executive actions against sanctuary policies.

Travis County leaders condemned losing $1.5 million in grant money earmarked for crime victim services, courts and other programs. They stood by Sheriff Sally Hernandez, an elected Democrat in Texas' most liberal city, who announced after Trump's inauguration that her jails going forward would only honor immigration holds in murder, aggravated sexual assault and human trafficking cases.

A Travis County judge said that Hernandez’s actions were within the law, but Abbott might go as far as to remove sheriffs who refuse to comply—a threat he made at the end of January:

We are going to crack down on this and ban sanctuary cities in Texas," Abbott told Fox News. "These sheriff's offices receive grants from the governor's office in the state of Texas, we are cutting off those grants to any sanctuary city. But however, we are in a Legislative session -- we are working on laws that will, one, ban sanctuary cities, remove from office any office holder who promotes sanctuary cities and impose criminal penalties as well as financial penalties."