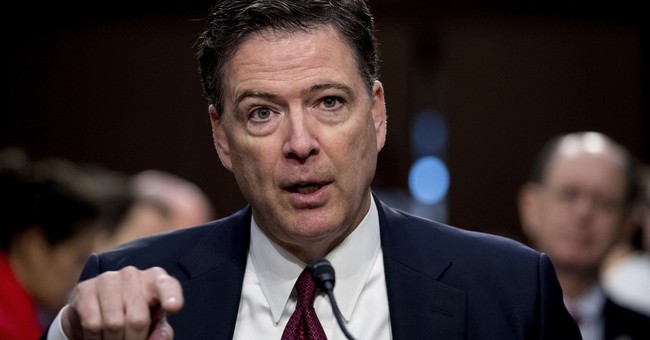 The fight over the FISA memo has reached fever pitch. The latest salvo against it coming from Rep. Adam Schiff (D-CA), who alleges that the edits that the Democrats requested to the memo somehow had sinister intent. The FBI and congressional Democrats requested changes be made to the memo prior to its release, which has been approved by the House Intelligence Committee, with President Trump signaling that he intends to release the memo that has given the Left and the FBI/DOJ much heartburn. The Department of Justice warned Rep. Devin Nunes (R-CA) that releasing the memo would be reckless and could endanger national security. Not really, but it makes for a good defense when one’s dirty laundry is potentially about to be aired.

It’s been alleged that the largely unverified and uncorroborated Trump dossier was used to secure FISA warrants against members of Trump’s campaign. The dossier was compiled by former MI6 spook Christopher Steel, which was contracted out  by research firm Fusion GPS because the Hillary campaign paid them to do so. It’s not a dossier. It’s an opposition research document. This is what was supposedly used to spy on the Trump campaign.

As the FBI/DOJ continue to stonewall Congress on questions relating to Fusion GPS and the dossier, the four-page memo alleges that there are other abuses akin to that of the Soviet KGB. The release of the memo could happen as early as today. Out of the ashes to the FBI’s defense is former FBI Director James Comey, who Trump fired in May of 2017. He took to Twitter saying, “All should appreciate the FBI speaking up. I wish more of our leaders would. But take heart: American history shows that, in the long run, weasels and liars never hold the field, so long as good people stand up. Not a lot of schools or streets named for Joe McCarthy.”

All should appreciate the FBI speaking up. I wish more of our leaders would. But take heart: American history shows that, in the long run, weasels and liars never hold the field, so long as good people stand up. Not a lot of schools or streets named for Joe McCarthy.

Yeah, it’s not just this, sir. FBI Agent Peter Strzok and bureau lawyer Lisa Page sent tens of thousands of anti-Trump texts while investigating whether there was collusion between the Trump campaign and the Russians. They texted their concerns about being too hard of Hillary Clinton during the email probe. The FBI declines to press charges concerning whether she mishandled classified information on her private email server while serving as secretary of state. Oh, and Strzok and Page were having an extramarital affair. Strzok was a) one of your top counterintelligence agents; and b) signed off on the July 2016 counterintelligence probe into Russian collusion that Special Counsel Robert Mueller heads. Strzok was removed from the Russia probe once Mueller found out about the anti-Trump texts in August. Still, we have a man involved in key FBI investigations showing evidence of bias and opening up the preeminent domestic intelligence agency in the country to questions about whether such texts, like going too hard on Hillary, actually led to the scales being tipped in that key investigation. There’s no holier than thou in this debate. The FBI has stepped on a rake. They also have all the documents that the memo stems from, so they know what’s up already.

With the FBI/DOJ failing to convince the Trump White House to block the memo—they have five days to decide after the House Intelligence Committee Vote on Monday—they appear to be using the media, drumming up pressure on the document’s release. It seems Comey decided to attempt an alley-oop in this fight. Ann Coulter responded by tweeting, “We owe a debt to James Comey for providing more evidence every day that Trump’s only mistake in firing his whiny ass was not doing it sooner.”

We owe a debt to James Comey for providing more evidence every day that Trump's only mistake in firing his whiny ass was not doing it sooner.