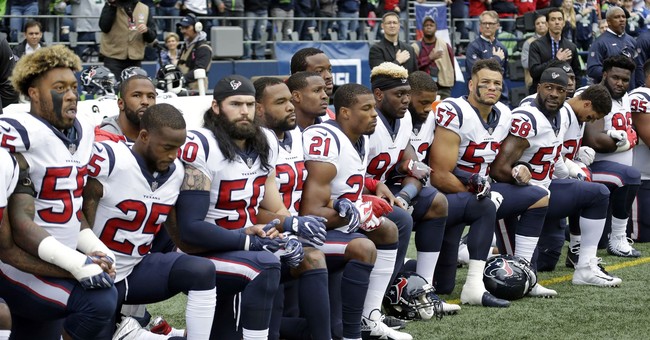 The national anthem fiasco that’s engulfed the National Football League has its official pizza sponsor deciding whether to pull the plug on the partnership due to declining ratings. Papa John’s said it’s re-evaluating its business relationship with the NFL, while founder and CEO John Schnatter voiced his frustration over the league’s inability to fully deal with the situation concerning the protests (via WSJ):

Papa John’s International Inc. is evaluating its National Football League sponsorship in the wake of declining television football viewership, which the company has blamed in part on the national anthem protests that have roiled the league this season.

Top executives at the pizza chain said they are in weekly discussions with the NFL about the returns their advertising dollars are generating and that they will see how the rest of the football season plays out before making any big decisions. But they say consumers’ shift to digital channels is leading them to completely rethink the way they advertise.

“We have to evaluate our reliance on partnerships that are TV-focused, like the NFL,” Papa John’s Chief Marketing Officer Brandon Rhoten said in an interview on Friday, two days after the company reported that falling TV viewership of NFL games hurt the company’s third-quarter sales.

Total NFL ratings through the first seven weeks of the season declined by 5% compared with last year and by about 15% versus the same stretch in 2015, which was a strong season for the league.

The NFL has twisted itself into pretzels over this anthem issue, saying they think everyone should stand for the Star-Spangled Banner, but stopped short of declaring that this would become an enforced rule. In the third week of the season, ticket sales plummeted nearly 20 percent, while NFL ratings overall are down almost 10 percent over a six-week period. Since 2013, the league’s approval rating has dropped 18 percent. Once a reprieve in our daily lives, the NFL has now become one of the most divisive brands in the country.

This was entirely avoidable. Colin Kaepernick, who fired the first salvo last year, sat and then took a knee during the national anthem. This year, scores of players joined once President Trump slammed their antics at a rally in Alabama last September. Many thought the tide was on the side of the league, which rushed to the players’ side, but everyone else thought it was nothing more that disrespecting the flag, our veterans, and those who continue to serve in uniform. Whatever issue these players were trying to shed light on was relegated to the trash bin. No one cares about your cause when you spit, or you're perceived to be spitting, on the American flag. The NFL lost this war—big league. Whether the protests have actually impacted pizza sales for Papa John’s remains to be seen; they’re holding out on making a final decision until the end of this season. This is part of an overall marketing overhaul by the pizza giant.