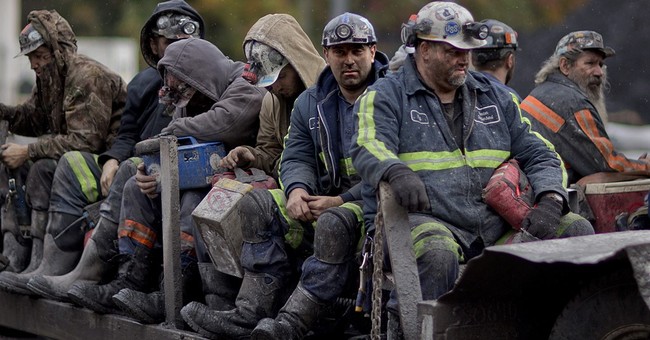 Well, after Jon Ossoff’s loss in Georgia, it’s another stinging reminder that Democrats don’t know how to win elections yet in the Trump era. As I’ve mentioned before, the blame game has begun, along with a debate centering on where the Left goes from here. Do they go for the Bern, a hard-core left wing push, or sprint to the center to peel off moderate suburban GOP voters who dot congressional districts Democrats need to win to retake the House in 2018. For starters, the farther left the party goes, the more insane and unappealing they become. Yet, Democrats are also facing another harsh reality: white working class voters. The backbone of the party has been ripped out, assimilated by Republicans. They’re not die-hard Republicans though. With the right messaging, like job creation, trade, infrastructure, and pension protection, they’ll move back to the Democrats. They number in the tens of millions. They’re part of the demographic that makes up 60-75 percent of the entire presidential electorate. White voters matter. With that overwhelming majority, that percentage can make ripple effects in elections. If Mitt Romney won three percent more of the white vote, he would’ve won the 2012 election.

Yet, progressives evidently don’t care about the white working class. Democracy in Color, a progressive group, seems to be more focused on turning out minority voters and other traditional voting blocs in the Democratic base. In a report from the group, they feel that Obama voters flipped for Jill Stein more than Trump. Brent Scher of The Washington Free Beacon had more [emphasis mine]:

"Democrats and progressives are once again at risk of replicating their billion-dollar blunder by squandering precious time and resources chasing voters who backed Trump," writes the group, which recommends allocating money towards turning out minority voters.

The report comes two days after Georgia Democrat Jon Ossoff, who ran as a centrist and openly courted Republican voters, was defeated by Republican Karen Handel despite spending nearly $30 million on the race.

Phillips, a fellow at the Center for American Progress, wrote earlier this week on Democracy in Color's website that "every dollar" Ossoff "spent wooing Republicans is money flushed down the drain."

So, screw white voters; is that the mantra? These people, who have been suffering economically for years, are so lost to the GOP that they’re not worth the outreach operations. I don’t believe that; these are voters from the old Ross Perot mold. They’re movable, just how women are movable a voting bloc; 52 percent of white women voted for Donald Trump. Also, Democrats didn’t lose because the white working class defected to Trump? That’s just false. American National Election Studies noted that 8.4 million 2012 Obama voters defected to Trump. That’s enough to win an election—and these folks certainly didn’t flock to Stein, who accumulated less than 1.5 million total votes for her 2016 campaign. This is just willful ignorance, but Democracy in Color is San Francisco-based, the heart of the progressive echo chamber. Some Democrats have drafted 2016 autopsies that note the Democratic Party is dead without gains at the state level. That means venturing into red districts. The Left can sure go on a purity crusade. It’s probably going to be messy, and they’ll keep losing elections.