WaPo: This Democratic Purity Experiment Is Quite A Mess, Huh? 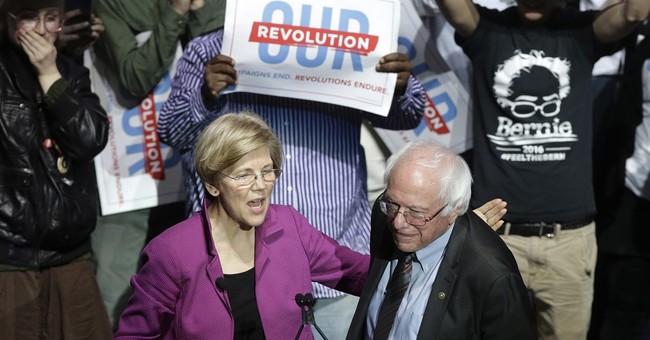 Time will tell if the Democratic Party’s charted course to progressive purity will be successful. Right now, Democrat Jon Ossoff is facing Republican Karen Handel in Georgia’s sixth congressional district runoff, which will be held in June. In Montana, Rob Quist is also trying to win over voters through heavy usage of firearms in his ads. The question Aaron Blake of The Washington Post asks is 'why did the Republican Party have such success with the Tea Party wave of 2010, knocking off members of Congress that conservatives felt were too moderate, while Democrats seem to be foundering.' If anything, it’s become a train wreck, with both the progressive wing of the Democratic Party flocking to Sen. Bernie Sanders (I-VT) and the establishment represented by newly elected DNC chair Tom Perez. The two kicked off a unity tour, which ended last week. Perez was booed and heckled at multiple stops. Also, Sanders isn’t a Democrat, something he makes clear with a tinge of pride in the inflection of such a declaration.

At the same time, Perez is no moderate Democrat; he’s pretty far left himself. What Blake found out is that reality is the Democratic Party’s biggest obstacle, using the Montana, Georgia, Nebraska, and Kansas elections to demonstrate the point. In Omaha, Nebraska, more heartburn hit the Democratic Party when Sanders backed Heath Mello, who is running for mayor. Mello supported a sonogram bill while serving in the state legislature, which led to Perez's declaration that to be a Democrat and get DNC support, you have to be pro-abortion:

In all four cases, Democrats have flirted with a purity focus in four tough areas of the country. Each shows how difficult that is to pull off.

And that's got to be frustrating for progressives. After all, Republicans have fought over purity for years, with the tea party giving the GOP establishment repeated fits. And the GOP only continued its ascent in Congress and now to the presidency. Why can't Democrats do the same with progressivism? Why can't they run like Sanders in Montana and Wichita and Omaha and suburban Atlanta?

The reason is pretty simple: reality. Because of the way our population is distributed, Democrats can't afford to enforce the kind of doctrinaire purity that the tea party was so successful in policing.

Democrats won the House because socially and culturally conservative candidates carried conservative states districts in the South and along the Rust Belt in 2006 and 2008. Schumer led the recruiting effort in the Senate, and Pelosi became speaker as a result of then-DCCC Chairman Rahm Emanuel's political pragmatism. They know the deal.

The Democrats' tendency these days will be to demand their party be as un-Trump and un-Republican as possible in trying to win back control of Congress. These examples show how bumpy that path is already proving.

And it shows how losing ground in the rural states can lead to a slow gutting of your political operation. You simply cannot win back the House if you only dominate the urban areas—and Democrats are increasingly becoming an urban-based and coastal party. That’s not enough to win back the presidency or Congress. If Democrats don’t back those remaining red state Democrats who have proven they can win in Republican states, then prepare for a long stay in the political wilderness. In many ways, the Democratic Party is already there. Reaching out to white working class voters is the ticket to reclaiming the majority, though the urban-based elites who shun white voters for the sake of being the point of the lance for diversity will probably not let this fly. Another thing is that we’re a right-of-center nation. We lean to the right on social issues. We want to pay fewer taxes, we want a smaller government, we like our guns, and we feel that big government, not corporations, poses the biggest threat to our freedoms and liberties. Not necessarily fertile ground for a hyper left progressive movement to sweep the nation. We also walk a waffled line on abortion; with most saying that Roe v. Wade shouldn’t be overturned, but favor strict regulations on the procedure. For example, almost 60 percent support banning abortion after 20 weeks. That includes 60 percent of American women. The Democratic Party’s position is perilously close to supporting full-blown abortion on demand, which isn’t popular. Concerning government, liberals are the movement that believes more power in the hands of fewer people is key to securing a better form of social justice. Again, it is reality, but also one that is based in policy too. The Perez/Sanders Democratic Party is simply too far left to succeed in areas that they need to win in order to have a political renaissance.