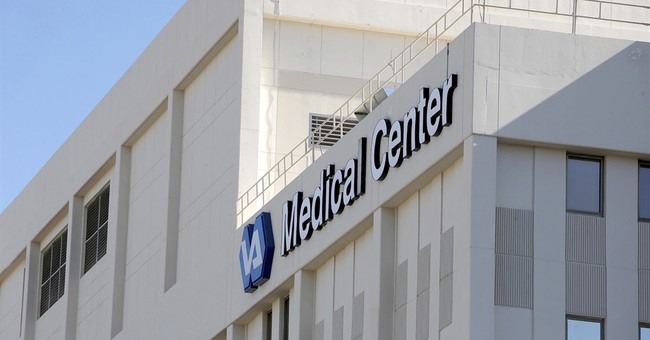 Well, it’s happened again. Another veteran has committed suicide. The New York Times is reporting that Peter A. Kaisen shot himself in the parking lot of a Veterans Affairs hospital in Long Island, New York. The reason is unclear, but sources told the paper that Mr. Kaisen had grown despondent after being unable to seek a proper doctor relating to his mental health care:

A 76-year-old veteran committed suicide on Sunday in the parking lot of the Northport Veterans Affairs Medical Center on Long Island, where he had been a patient, according to the Suffolk County Police Department.

Peter A. Kaisen, of Islip, was pronounced dead after he shot himself outside Building 92, the nursing home at the medical center.

The hospital is part of the Veterans Affairs medical system, the nation’s largest integrated health care organization, which has been under scrutiny since 2014, when the department confirmed that numerous patients had died awaiting treatment at a V.A. hospital in Phoenix. Officials there had tried to cover up long waiting times for 1,700 veterans seeking medical care. A study released by the Government Accountability Office in April indicated that the system had yet to fix its scheduling problems.

Why Mr. Kaisen decided to end his life was not immediately known, but two people connected to the hospital who spoke on the condition of anonymity because they were not authorized to discuss his death said that he had been frustrated that he was unable to see an emergency-room physician for reasons related to his mental health.

If these allegations are proven true, it’s an incident that shines a rather grisly light on the inexcusable mess the VA has found itself in over their health care system, especially the wait times. That’s one of the focal points of the controversy, as these instances of clerical negligence may have led to some 307,000 veterans dying before their applications for care could be processed, according to a VA Inspector General report. The issue of wait time hasn’t been fully addressed either, as supervisors were caught by USA Today to be falsifying patient wait times across several states back in April.

Even more disgraceful is the VA’s own suicide hotline, which goes to voicemail in some instances. Last year, 1.4 million calls to the hotline were dropped. On average, 20 veterans commit suicide every day. Thoughts and prayers to Mr. Kaisen and his family.