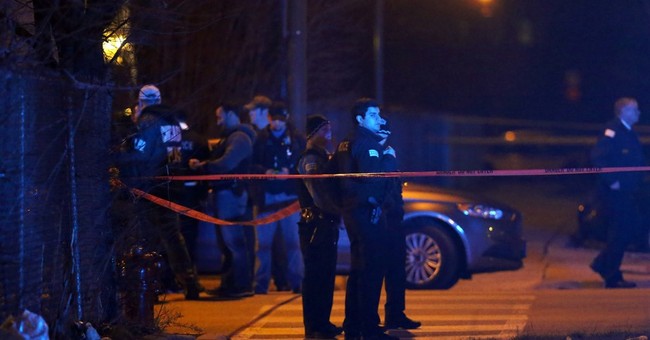 It’s a common occurrence in the Windy City: a bloody weekend where there are multiple gunshot victims and fatalities. Last year was rife with bloody weekends, ranging from Fourth of July to Thanksgiving; not even Labor Day went unscathed. As 2015 came to a close, the city witnessed 100 people getting shot ten days into the New Year. Now, a quarter into 2016, the city is witnessing its bloodiest start in two decades. Right now the city is on track to see 500 homicides this year, with over 700 shooting victims (via Chicago Tribune):

As the first quarter of 2016 nears an end, violence in Chicago has reached levels unseen in years, putting the city on course to top 500 homicides for only the second time since 2008.

As of 6 a.m. Wednesday, homicides totaled 135, a 71 percent jump over the 79 killings in the same year-earlier period, official Police Department statistics show. That represented the worst first quarter of a year since 136 homicides in 1999, according to the data.

Shootings have jumped by comparable numbers as well. As of Wednesday, at least 727 people had been shot in Chicago so far this year, a 73 percent rise from 422 a year earlier, according to a Tribune analysis of department data.

Worse yet, that jump follows two consecutive years in which shootings rose by double digits, the analysis found. Homicides also rose by about 12.5 percent last year over 2014

Crime experts caution about making year-to-year comparisons, but Arthur Lurigio, a professor of criminal justice and psychology at Loyola University Chicago, called the escalating violence at the start of the year "alarming."

"We have to go back decades to find jumps of this magnitude in year-to-year comparisons," he said. "We're on our way to 500 homicides again. We're going backward.

Indeed. The Tribune added that since Wednesday, 16 more people have been shot, with three succumbing to their wounds. Chicago is more than just a bloodbath; it’s a war zone.