Yes–Chicago Had Another Bloody Holiday Weekend 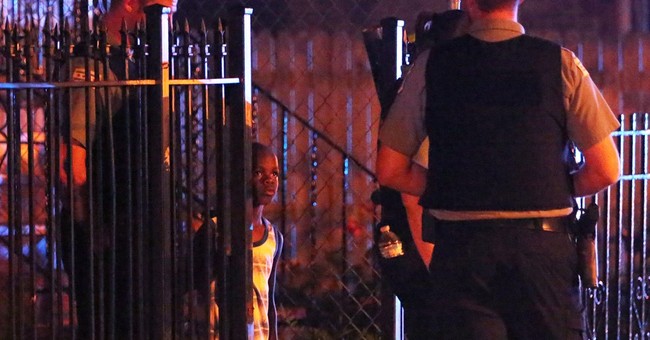 Editor's Note: The Sun-Times revised the numbers.  Eight people were killed and 46 were wounded in Chicago over the Labor Day weekend. The original figures were six dead and 27 wounded. The post has been updated

On August 23, it was reported that Chicago had a bloody weekend, with four people killed and 29 wounded in shootings that stretched over that weekend. During the Fourth of July weekend, the city was plagued by another string of shootings that left seven people dead, including a 7-year-old boy, and 40 wounded. Now, as the Labor Day festivities come to a close, another weekend of shootings has left eight people dead, with at least 46 wounded (via Chicago Sun-Times):

Eight people were killed and at least 46 have been wounded in shootings across Chicago this Labor Day weekend.

The most recent homicide happened Sunday morning in Englewood.

Officers responded to a call of shots fired in the 7200 block of South Green at 7:45 a.m. and found two people shot, according to Chicago Police.

A woman was shot in the abdomen and pronounced dead at the scene, according to police and the Cook County medical examiner’s office. A 34-year-old man was shot in the leg and taken in good condition to Advocate Christ Medical Center in Oak Lawn.

The woman’s age was unclear; police initially said she was 28 but a spokesman for the medical examiner’s office said she was 20. Her name was withheld Sunday night pending family notification.

A few hours earlier, one man was killed and another injured in a shooting on the Near West Side.

This isn’t because the city has lax gun laws. Everyone, especially those who are for Second Amendment rights, knows that Chicago has some of the most stringent anti-gun laws on the books. Laws that keep the law-abiding vulnerable­ and unable to defend themselves, while criminals mostly bypass legal means to obtain their weapons (shocker! I know!).

So far, Chiraq has seen a 17.4 percent increase in shootings (1,625 this year), and a 22.6 percent increase in homicides (320 so far); the vast majority of the victims being young African-American men. Overall, we’re seeing a spike in homicides in many urban areas across the country. Baltimore has federal agents working their police’s homicide units to curb the violence. While the picture is grim, we’re not approaching the high crime rates of the early 1990s.