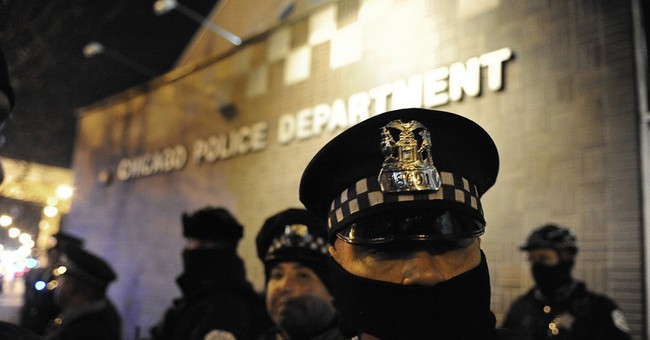 I wrote a while back about bloody weekends becoming the new normal for Chicago. It seems like weekend after weekend, especially ones including holidays, the Windy City becomes the gun violence-riddled dystopia President Obama and other anti-gunners harp about whenever they politicize a mass shooting to push for more restrictions on our constitutional rights. Ten days into the New Year, over 100 people have been shot in the city (via Chicago Tribune):

Seven people were shot to death and 30 more were wounded across Chicago over the weekend, raising the number of shootings in the city to more than 100 in just over a week into the new year, according to police.

The fatal shootings included two teens killed by a store clerk during a robbery in the Gresham neighborhood on the South Side, and one of three people shot at a party four blocks from Mayor Rahm Emanuel's home.

So, in a city that’s a bastion of gun control, the people who shouldn’t be in possession of firearms–criminals–have them readily available in order to commit acts of violence across the city. As for the law-abiding, they have to wait to file the proper paperwork before they can exercise their Second Amendment rights. Does that sound right to you?

Of course, there should be a process for concealed carry permits, but it should be an arbitrary one, which is emblematic of states with “may issue” carry laws. And they certainly shouldn’t need a Firearms Owner’s Identification Card (FOID) that further prevents one’s right to self-defense. In Illinois, the state police have 30 days to approve or reject your FOID card, which could be life or death for some residents. You cannot own firearms or ammunition without a valid FOID card. Citizens that have permits to carry are just as, if not more, law-abiding than law enforcement.

Given the colder weather, at least we can take comfort that the spike in gun violence isn’t due to global warming.