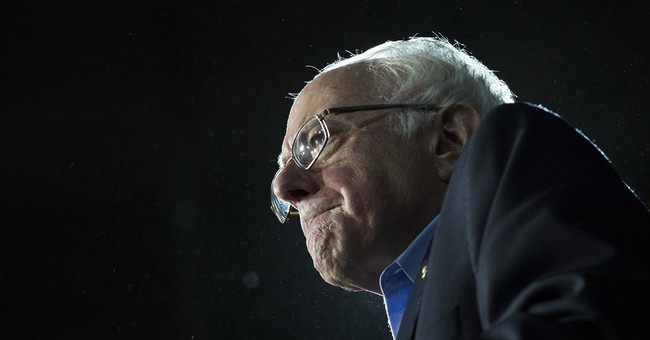 Sen. Bernie Sanders (D-VT) certainly used his home court advantage, beating former Secretary of State Hillary Clinton by almost double-digits. With 15 percent of the vote in, Sanders is leading Clinton 58/40–and destroyed her with voters who held trust/honesty and “cares about folks like me” in high regard. As Cortney noted earlier this evening, only five percent of New Hampshire Democrats viewed the former first lady as honest and trustworthy.

Among the biggest red flags in the Dem exits for a Clinton: Sanders clobbered her among "honest/trust" voters and "cares about me" folks

Concerning women, more than four out of five women broke for Sanders over Clinton (82/18). With age, 67 percent of Hillary’s support came from voters over 50; 60 percent of Sanders’ supporters came from those are under 50. Regarding income, the only bracket Clinton won...was Democrats who make $200k or more; Sanders took the rest.

The only income level Clinton won? Dems who make $200k or more. Sanders won all over income levels below that.

Again, like in Iowa, it’s the old guard vs. the new order. It’s young vs. old. It’s authenticity vs. charlatanism. It’s honesty vs. untrustworthiness. And in most cases, Clinton is losing to Sanders.

At the same time, it’s a bit remarkable that a disheveled senior citizen, who is a democratic socialist, is driving turnout.

Sanders is celebrating his victory playing basketball with his grandchildren.

.@SenSanders playing hoops w his grandkids next to gym where his supporters are waiting at Concord High School

Parting Thought: Over 50 percent of Democrats were dissatisfied with the federal government. Is that because a large portion of Democratic voters (41 percent) want a president more liberal than Obama?

In exit polls, over 50% of Democratic voters said they were "dissatisfied" with the federal governement pic.twitter.com/AhxtJ1tg62

Over at the RNC, they're quite happy, of course.

“After an embarrassing showing in Iowa, Hillary Clinton’s resounding loss in New Hampshire is another devastating blow for her campaign. No amount of spin can make up for such a crushing defeat in a state that has for decades been in the Clintons’ corner. It’s clear that the FBI investigation into Hillary Clinton’s reckless conduct as Secretary of State has become a massive liability for her campaign and that even Democrats find her dishonesty and hypocrisy unacceptable. The prospect that Democrats could nominate a self-avowed socialist is growing more probable by the day, and shows how off course Hillary Clinton’s coronation has gone.

UPDATE: The Clinton camp has conceded:(via The Hill):

After splitting the first two contests, an outcome we've long anticipated, attention will inevitably focus on the next two of the 'early four states," Clinton campaign manager Robby Mook wrote in the memo.

"The nomination will very likely be won in March, not February, and we believe that Hillary Clinton is well positioned to build a strong – potentially insurmountable – delegate lead next month."

Well, on the delegate math, the Clinton crew might be onto something.