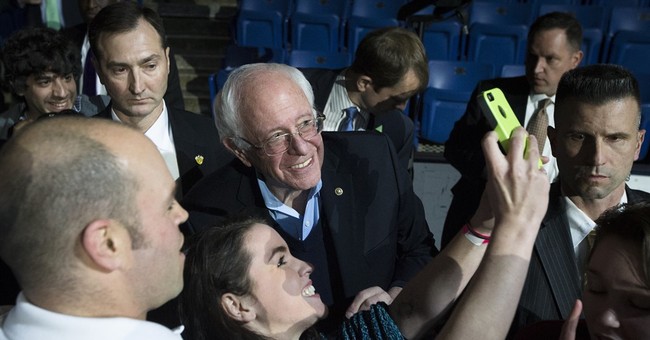 Despite being told by aging feminists and a former secretary of state that a vote for Bernie Sanders was betraying their gender and risking eternal damnation, women in New Hampshire were feeling the Bern on Tuesday night. Sanders won the female vote by seven points, and won men by 31.

At the time of publication, Sanders had a nearly 20-point lead over Clinton in the Granite State. In the Iowa caucuses, Sanders was narrowly defeated by Clinton.

While the results aren't exactly a shock, as Sanders had been polling extremely well in New Hampshire since August, his success with New Hampshire women is definitely notable. In Iowa, Clinton won the female vote by 11 points, a gap that stretched to 26 points when narrowed down to married women. (Sanders won both unmarried men and unmarried women in Iowa by 10 points and 36 points, respectively.)

New Hampshire has to serve as a wake-up call for the Clinton campaign: women clearly aren't going to blindly vote for another woman, and attempts to make sexism a campaign issue are not going to work.