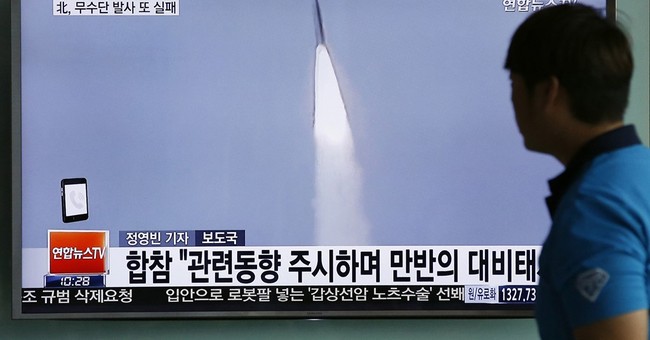 Despite President Trump’s threat of “fire and fury,” North Korea is carrying on with its plan to “envelop Guam with fire,” which Pyongyang said would be ready by mid-August.

According to a statement attributed to General Kim Rak Gyom, head of North Korea’s strategic forces: “Sound dialogue is not possible with such a guy bereft of reason and only absolute force can work on him.”

The plan consists of launching four intermediate-range missile that would land in the ocean around Guam.

“The Hwasong-12 rockets to be launched by the KPA [Korean People’s Army] will cross the sky above Shimani, Hiroshima and Koichi prefectures of Japan,” the statement said. “They will fly for 3,356.7 km for 1,065 seconds and hit the waters 30 to 40km away from Guam.”

The statement was clearly designed as a show of bravado, calling the Trump administration’s bluff after the president’s threat and a statement from the defence secretary, James Mattis, both stressing the overwhelming power of the US military. “North Korea best not make any more threats to the United States. They will be met by fire and fury like the world has never seen,” Trump said on Wednesday.

The response from Pyongyang was its most public and detailed threat to date, and evidently meant to goad the US president. Trump had “let out a load of nonsense about ‘fire and fury’ failing to grasp the ongoing grave situation. This is extremely getting on the nerves of the infuriated Hwasong artillerymen of the KPA.” (The Guardian)

Japan said Thursday it is ready to protect Guam, with the country’s defense minister saying its military is capable of shooting down North Korean missiles before they reach the island.

Japan’s pledge comes after Defense Secretary James Mattis supported the president’s ‘fire and fury’ comment, warning Pyongyang it should “cease any consideration of actions that would lead to the end of its regime and the destruction of its people.”