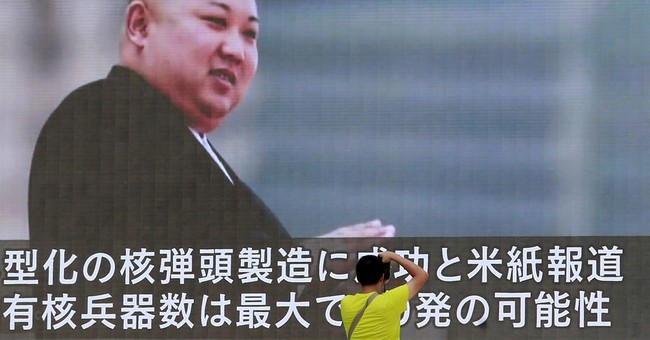 President Donald Trump warned North Korean President Kim Jong Un yesterday that his continuing threats "will be met with fire and fury like the world has never seen."

Today Secretary of Defense James Mattis is also weighing in, warning North Korea that their actions will be met with consequences and that they should wisely choose how to proceed.

"The United States and our allies have the demonstrated capabilities and unquestionable commitment to defend ourselves from an attack. Kim Jong Un should take heed of the United Nations Security Council’s unified voice, and statements from governments the world over, who agree the DPRK poses a threat to global security and stability.  The DPRK must choose to stop isolating itself and stand down its pursuit of nuclear weapons.  The DPRK should cease any consideration of actions that would lead to the end of its regime and the destruction of its people," Mattis said.

Meanwhile, Secretary of State Rex Tillerson is traveling through Asia this week and stopped in Guam for fuel this morning.

“I think what the President was doing was sending a strong message to North Korea in language that Kim Jung Un would understand because he doesn't seem to understand diplomatic language," Tillerson told reporters. "I think the President just wanted to be clear to the North Korean regime that the US has an unquestionable ability to defend itself, will defend itself and its allies and I think it was important that he deliver that message to avoid any miscalculation on their part.”