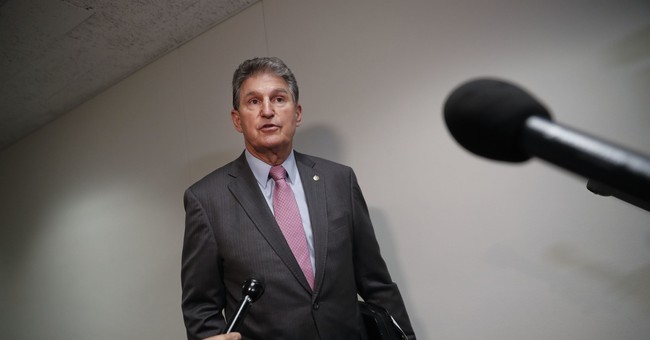 He was asked three times by Hoppy Kercheval on MetroNew's Talkline to explain his vote against Sen. Rand Paul’s (R-KY) amendment to defund Planned Parenthood. Manchin continually insisted that his vote was about funding healthcare for women in his state and that he didn’t believe the money went directly to abortions.

“First of all there’s not a penny of public dollars that go to support abortions from Planned Parenthood,” Manchin insisted. “I’ve checked it inside and out, with the Hyde Amendment it can’t happen it’s against the law.”

“I am pro-life and I think everyone knows I mean look at my record, I voted with Lindsey Graham on the 20-week ban on abortion,” he added.

Kercheval pressed Manchin and brought up the argument that since money going to an organization is fungible, it supports them in general.

“He’s just wrong,” Manchin replied. “We’re not propping them up.”

Manchin insisted that his vote was best for the state of West Virginia.

“It was one clinic and they wanted me to vote against,” he said, “taking money away from young females and women who get healthcare. That doesn’t make any sense at all."

Manchin is extremely vulnerable in his upcoming midterm election and has come under scrutiny for frequently changing sides on the abortion issue.

Thank you for standing with Planned Parenthood, @Sen_JoeManchin! #StandWithPP pic.twitter.com/oglnoDYiF1

In 2015, following the release of undercover videos alleging trafficking in fetal body parts by Planned Parenthood, Manchin called for the organization to be defunded.

“Like many West Virginians, I am very troubled by the callous behavior of Planned Parenthood staff in recently released videos,” he said in a statement at the time. “Until these allegations have been answered and resolved, I do not believe that taxpayer money should be used to fund this organization.”

There is currently an ongoing investigation by the Department of Justice into the matter.