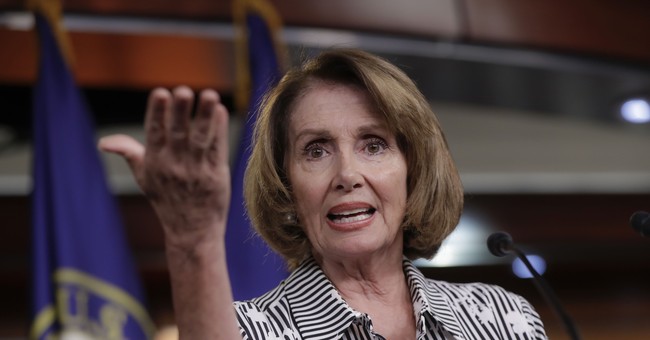 Pelosi also rejected the notion of single-payer as a Democratic party “litmus test.”

“I don’t think it’s a litmus test,” Pelosi said. “What we want is to have as many people as possible, everybody, covered, and I think that’s something that we all embrace.”

Pelosi seems to be generally opposed to the notion of Democratic party litmus tests for candidates, rejecting the idea of the abortion issue being used as one earlier this year.

“This is the Democratic Party. This is not a rubber-stamp party,” Pelosi toldThe Washington Post in May, adding that she grew up “in a very devout Catholic family,” and saying, “my family, extended family — are not pro-choice. You think I’m kicking them out of the Democratic Party?”

Sanders himself has admitted that the issue is not a litmus test.

“Is this a litmus test? No, you have to look at where candidates are on many issues,” Sanders said last month. “But you’re seeing more and more movement toward ‘Medicare for All.’ When the people are saying we need healthcare for everyone, as more and more Americans come on board, it will become politically possible.”

Sen. Sanders’ push for single-payer healthcare has been picking up steam lately as Senators Elizabeth Warren (D-MA), Kamala Harris (D-CA) and Kirsten Gillibrand (D-NY) have all announced support for the Medicare-for-all bill.

House Minority Whip Steny Hoyer (D-MD) echoed Pelosi's sentiments Tuesday telling reporters, "our position is we are for affordable access of all Americans to affordable, quality healthcare. We've made that very clear. Medicare-for-all is one way to get there."

Hoyer said Medicare-for-all "has significant administrative and other issues related to it."

The Washington Post wrote in June on the enormous cost of single-payer, noting that “when Sen. Bernie Sanders (I-Vt.) proposed a 'Medicare for all' health plan in his presidential campaign, the nonpartisan Urban Institute figured that it would raise government spending by $32 trillion over 10 years, requiring a tax increase so huge that even the democratic socialist Mr. Sanders did not propose anything close to it.”