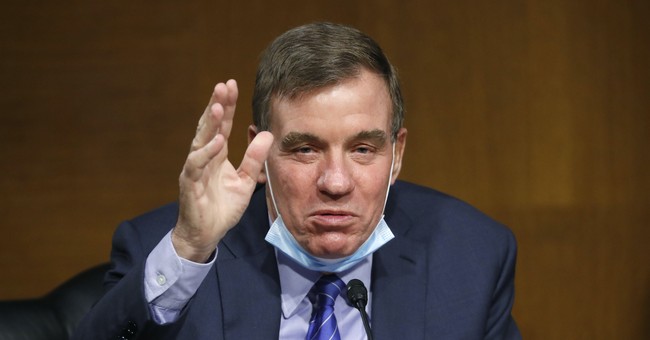 "What we've seen over the last year has been especially dangerous," Warner claimed. "The systematic firing of anyone at the ODNI who has the temerity to speak truth to power."

"These firings and forced departures from the leadership from the intelligence community have left the ODNI without a single, Senate-confirmed leader at the helm. Instead, an Acting DNI with no experience in intelligence but with plenty of political loyalty to the president has been appointed to oversee America's intelligence enterprise. As Acting DNI, this individual promptly instituted a hiring freeze and a reorganization whose purpose has not been communicated to the intelligence oversight committees," he continued.

But Grenell has made efforts to communicate his work to Capitol Hill. In fact, Grenell reached out to Warner ahead of today's hearing and offered to brief him on the implementation of badly needed reforms. Warner refused the meeting and falsely attacked Grenell anyway.

I was hoping to brief Senator @MarkWarner on the reforms I am implementing but he cancelled our scheduled phone call and hasn’t been willing to reschedule the call in months. We’ve never spoken. https://t.co/UHgK1zUPmS

This activist masquerading as a journalist refuses to focus on what A/DNI Grenell discloses here: @MarkWarner has refused to take a call with Grenell. Warner is supposed to provide oversight of the IC. What a disgrace — both Warner and @Olivia_Gazis. https://t.co/VmpHshLK7k

Of course Adam Schiff is complaining about ICIG Atkinson being fired. He was Schiff’s key impeachment enabler.

BREAKING: Biden Issues New Vaccine Mandates
Townhall
Their bad! Twitter apologizes to Dave Rubin for the 'inconvenience' of locking him out of his account for having legit COVID19 concerns
Twitchy
Joe Biden Loses It: Calls Fox 'Fax,' Snaps at Peter Doocy, and Wrecks His Own Argument on Masks
Redstate
The Morning Briefing: Yeah, Nobody Really Likes Kamala Harris
PJ Media